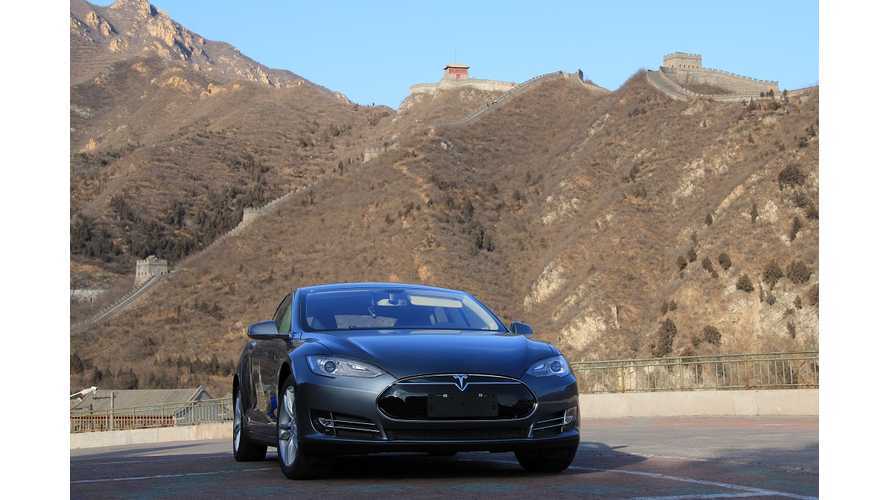 One definite thing about the automotive market in China is that in order to sell cars in any volume in the country, you have to make them in the country.

So when Tesla CEO Elon Musk told the world Tesla had big manufacturing plans for China on Monday at the Geekpark Conference in Beijing, it was no surprise.

In fact, only a few months ago Mr. Musk stated that there was "no question" Tesla would have a factory in China at some point.

Now, as the Model S is just going on sale in China, the CEO says that the company will be making cars in China in the next "three to four years."

Additionally, Bloomberg reports that Tesla is planning a "big" network of Supercharging stations in China.

Although these are quite likely to not dot the country as is the case in the US and Europe, but be located in EV hot-spots like Beijing, Shenzen and Shanghai.  In total several "hundreds of millions of dollars" will be invested in China.

“At some point in the next three or four years we’ll be establishing local manufacturing in China. China is very important to the future of Tesla. We’re going to make a big investment in China in terms of charging infrastructure.” - Musk at Geekpack Conference

The benefits to building locally have been well illustrated in the past, and in the case of Tesla with the Model S, would allow the company to not only sell the car (currently starting at about $118,000) for 25% less by avoiding the import tax, the all-electric sedan would also qualify for up to $19,000 in regional plug-in incentives.

And the difference between selling a 85 kWh Tesla Model S at an end cost of $118,000 vs say around $69,500 is more than enough to prompt Tesla to start building cars inside the world's largest automotive market.