Venucia e30 (Nissan LEAF) To Launch In China This September 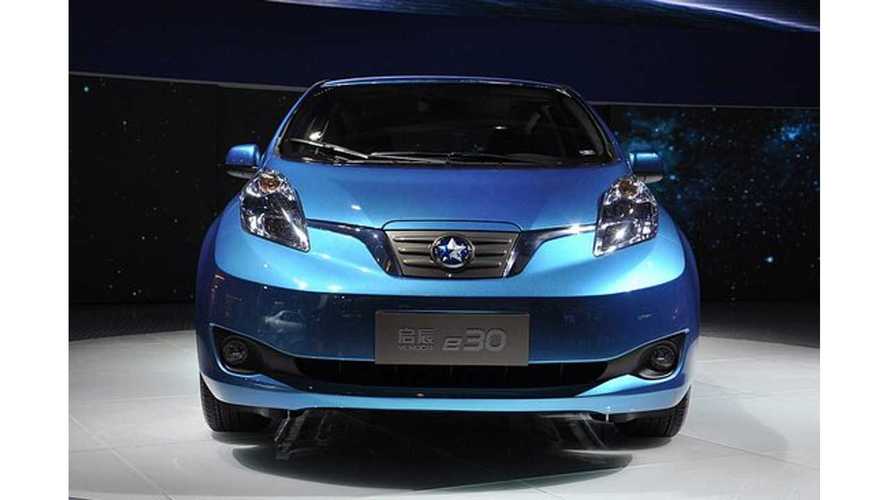 It's been nearly three years in the making, but finally Dongfeng Nissan has an official release date for the Chinese market Nissan LEAF, which is called Venucia e30.

For the record, there are already a few hundred Venucia e30s on Chinese roads, but those are government fleet vehicles.  216 Venucia e30s were sold in China in 2013.

Starting this September, sales of the Venucia e30 will begin to the general public.

Dongfeng Nissan also announced that e30, Venucia's electric vehicle, will be sold in the retail market starting in September. The company has already commenced EV pilot programs in the cities of Guangzhou, Xiangyang and Dalian, with a total of 300 e30s recording a total mileage of one million km since the programs started in December 2013.

We still don't have word on pricing of the Venucia e30 in China, but at least we're now one step closer to seeing how the Venucia e30 fares in terms of sales on the Chinese market.