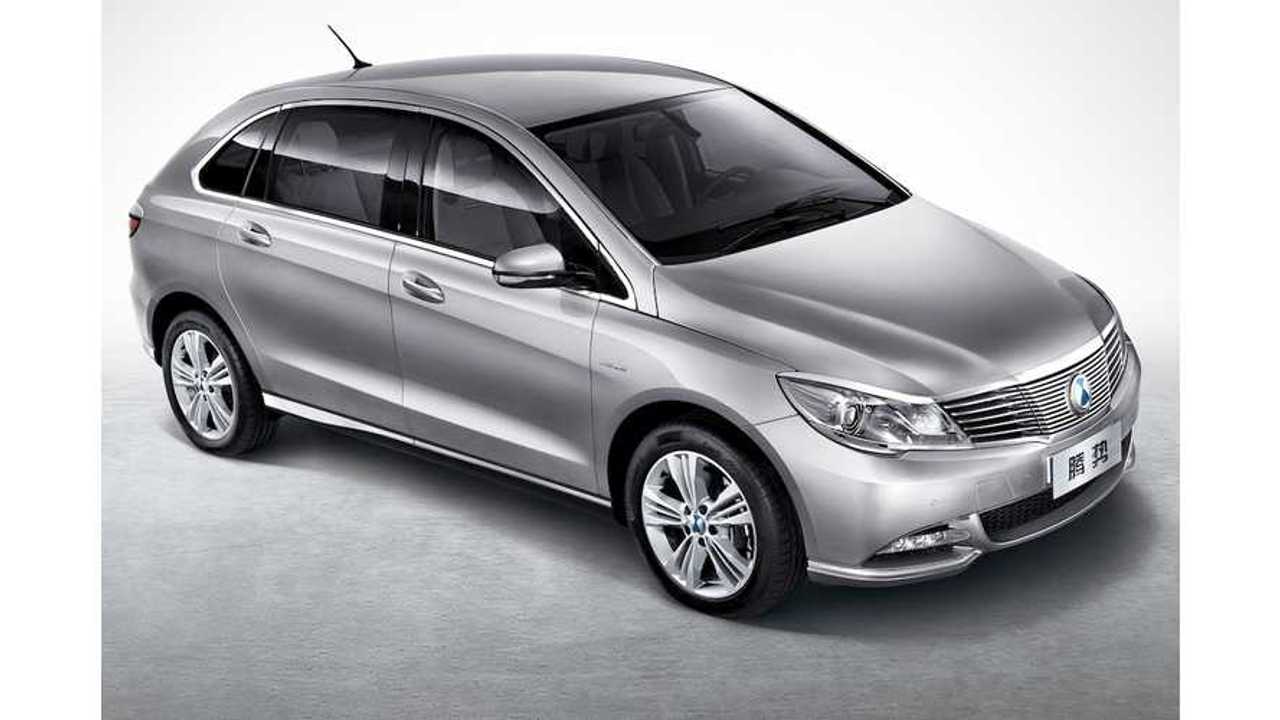 Here it is, the car that everyone in the world has been waiting for.  An affordable, near 200 mile range, 5 seat plug-in vehicle.  But you can't have it - that is unless you live in China.

From Auto China (the country's largest auto show out of Beijing), Daimler's head of Research and Development, Thomas Weber:

“The first complete vehicle that Daimler has developed together with BYD outside of Germany and undoubtedly one key pillar of our electric vehicle strategy for China”.

Offically the Denza is made by Shenzen BYD Daimler New Technology Co. Ltd, and Daimler executives are saying it has a range of up to 300 km (186 miles) via a 47.5 kWh lithium iron phosphate battery pack that the group says gets 17.2 kWh/100 km on the China cycle.  (And yes, we realize that listed efficiency does not equal 300 km - don't shoot the messenger)

Some features of the models:

Daimler states the average driving distance in China is between 50 and 80 km, so the 5 -seat Denza should have more than enough range for most citizens.

As this is a locally made product, the Denza qualifies for up to 114,000 renminbi ($18,300) in the Beijing area, which brings the realized price of the EV down to about 255,000 renminbi ($40,900) and demonstrates the hurdles that automakers like Tesla will be facing by attempting to sell an imported product in the country.  The landed price of a Tesla Model S in China after transportation, taxes and tariffs in US dollars is just under $120,000.

Daimler says the car is exempt from car-limiting policies fond in many dense ares of China today, and that license plates will be made available in Beijing (as well as Shanghai and Shenzen) without having to go through the lottery process as is common for petrol cars.