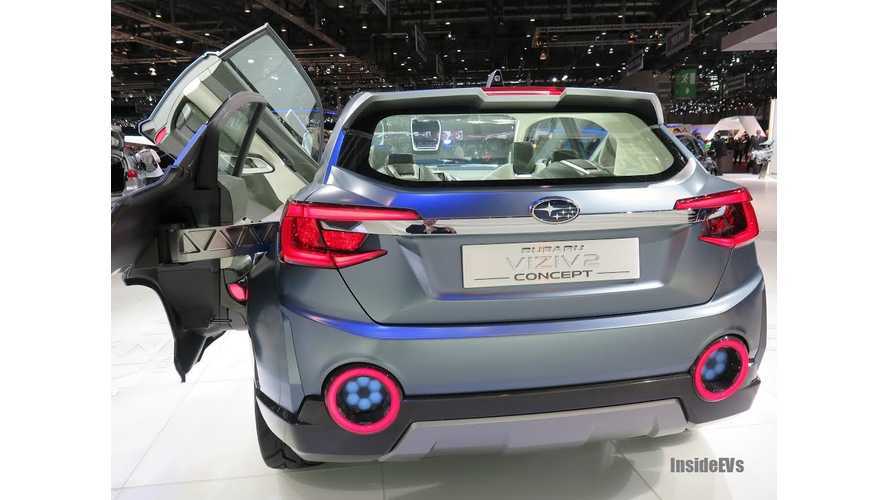 Fuji Heavy Industries now says that it's considering a second launch of electric vehicles.  This time, the United States will apparently be included, according to Fuji Heavy President Yasuyuki Yoshinaga.

According to Yoshinaga, Fuji Heavy will need to offer an electric vehicle in the US due to the tightening of environmental regulations.

“Electric vehicles are products to help cope with these new regulations.  We want to make a decision by the end of the year."

Can you say compliance electric vehicle?

In case you didn't know, Fuji Heavy is the parent company of Japanese automaker Subaru.

With this being the "second launch" for Fuji Heavy, the obvious question is which vehicle was in the first launch?  Well, the answer to that is the Subaru Stella EV, a pure electric minivehicle leased only in Japan.  The automaker leased 200 Stella EVs beginning in 2009, but later halted production due to lack of profit.

It's assumed that if Subaru enters the US market with an electric vehicle then it's likely to be a plug-in hybrid production version of the Subaru Viziz concept.  We don't believe that Subaru will make the jump straight to a pure electric for the US, nor do we think another minivehicle EV will be coming.

In case you're looking for some Stella EV background, here goes:

Fuji Heavy Industries Ltd., the maker of Subaru automobiles, launched its Subaru Plug-in STELLA electric vehicle. The model will be sold in Japan directly through FHI, with delivery starting from late July .