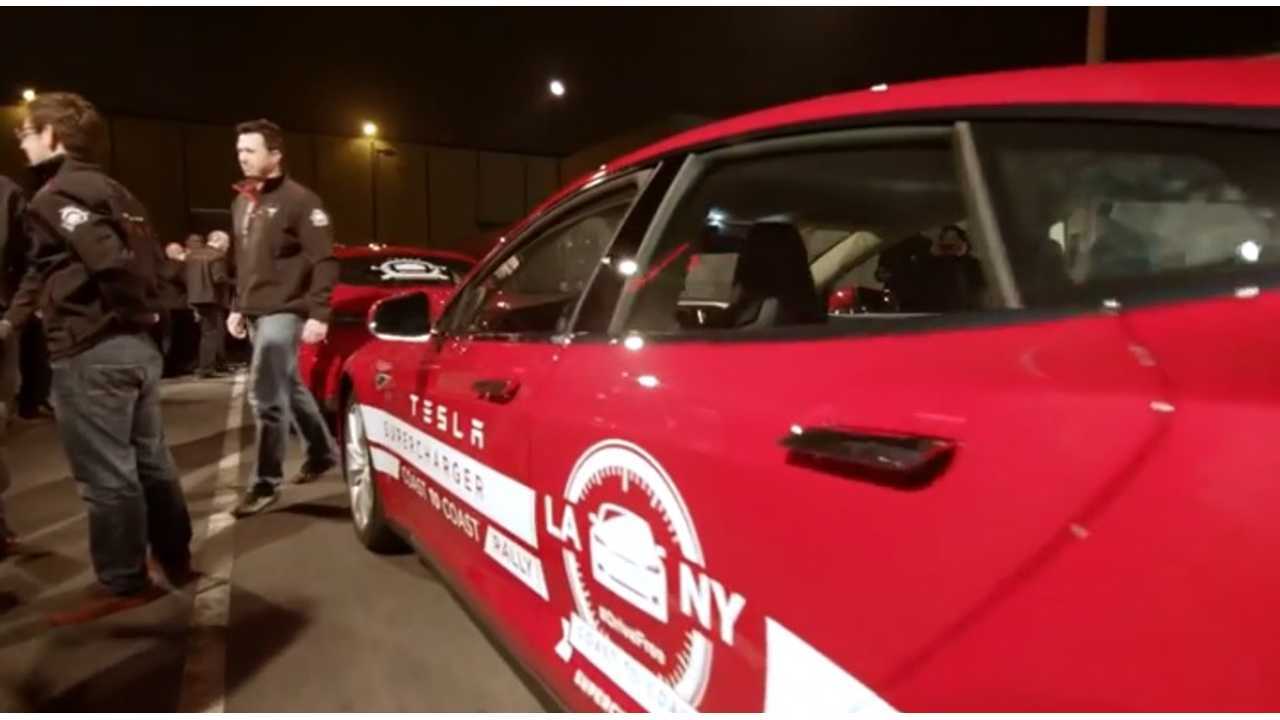 "Last week, we showed you the first leg of the journey, which finished as the two Model S's approached Colorado's Vail Pass at the onset of a snowstorm. The cars had already blitzed through the dessert plains of Arizona and Utah, which included a sandstorm in Navajo country. In Episode Two, our film crew catches up with the cars as they head deeper into a blizzard that seems to be getting worse by the hour. As the Cross Country Rally team finds out, however, it's not the electric cars that are the concern -- it's the gasoline support vehicles…"

States Tesla Motors of the video posted above.

In the video above, Tesla Motors shows us Episode 2 of behind the scenes of the Tesla Model S Cross Country Rally.

To recap the event, this cross country rally was done in 2 Tesla Model S vehicles and made the trip from LA to NY using only Tesla's Superchargers.  The entire trip took only 76 hours & 5 minutes.

Along with this latest video, here are some additional details on the cross country rally: