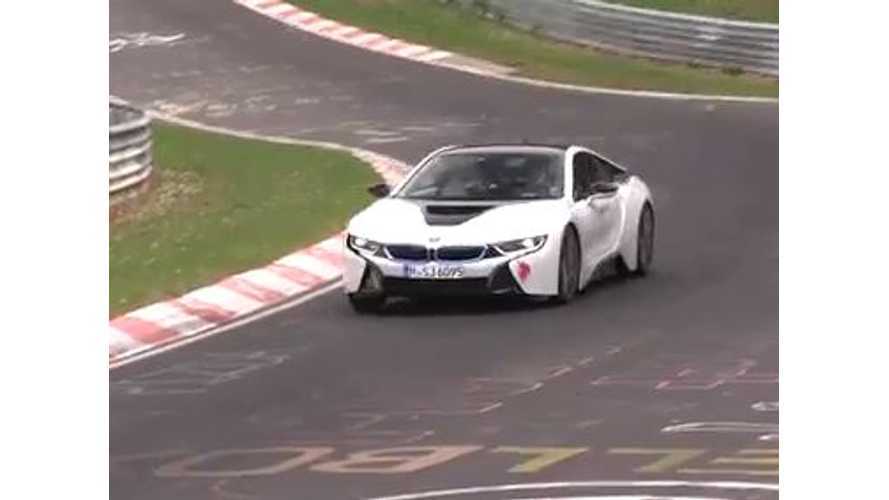 A pre-production BMW i8 experienced technical issues during some testing at the Nürburgring.

The video above was reportedly recorded on March 11, prior to the BMW i8 entering production.  We believe BMW testers were in the process of conducting final testing on the i8 prior to it getting production status.

As the video uploader states:

"During the Industry pool on April 11 2014 BMW was testing with this i8. At one point the car rolled by really slowly and pulled over at the side of the track, seemingly broken down. I think there were some problem with the brakes, since the driver was constantly using the brake pedal while being stationary. After about 15 minutes he drove off really slowly. I think it wasn't a major problem because I later saw him driving around the village of Nürburg again, but it shows again that all the development work manufacturers put into their cars isn't for nothing!"

So, whatever the issue was, it seems to have been minor.  More importantly, BMW experienced the malfunction and presumably corrected the issue before the i8 entered production, which means this isn't something that i8 buyers will encounter.  That's what pre-production testing is for.