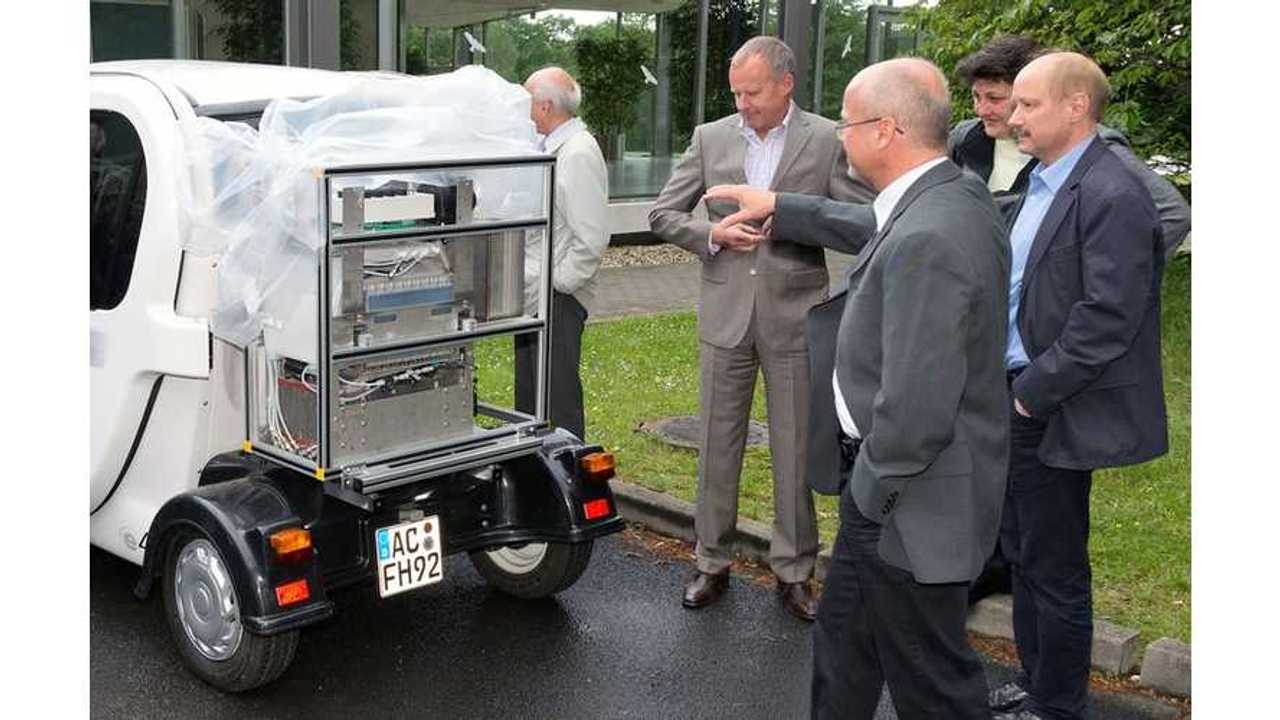 In the image above, the fuel cell range extender is mounted on the vehicle.  The caption states that a "plastic cover serves temporarily as protection from the rain."

The DMFC project kicked off in 2013.  Eventually, the target is to ready the range extender for real-world tests. SILENT-F, the test vehicle, is "based on a commercially available vehicle for in-house transport or municipal use," according to Green Car Congress.

More details (unfortunately not in English) can be found in this 2-page SILENT-F PDF.

Our question to you is whether or not methanol is preferred over hydrogen in an application such as this range-extending fuel cell?