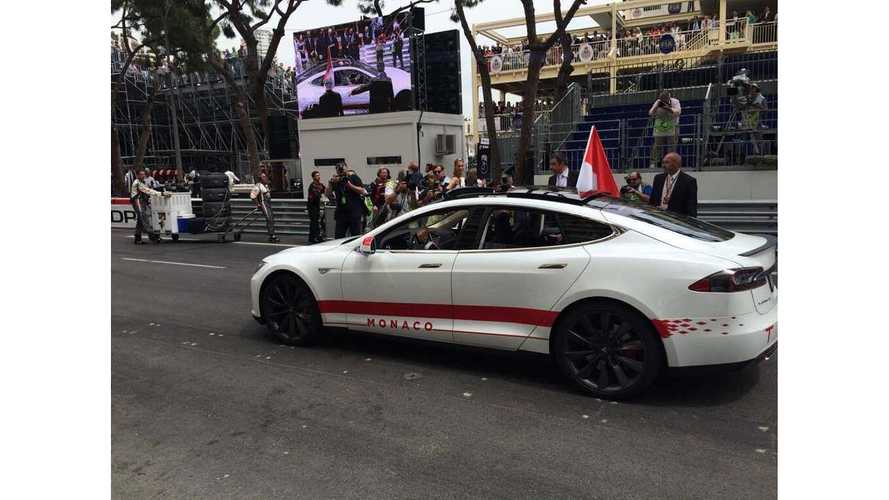 At the opening of the F1 Monaco Grand Prix, Prince Albert and Princess Charlene drove a Tesla Model S on the track:

Prince Albert, a plug-in vehicle supporter, is no stranger to electric vehicles.  It seems he's seen all of the exotic electrics out there, including the world's fastest electric vehicle, the Venturi VBB-3.

As for the Monaco Grand Prix, it's a Formula One motor race held on the Circuit de Monaco.  It's is widely considered to be the most prestigious automobile race in the world.