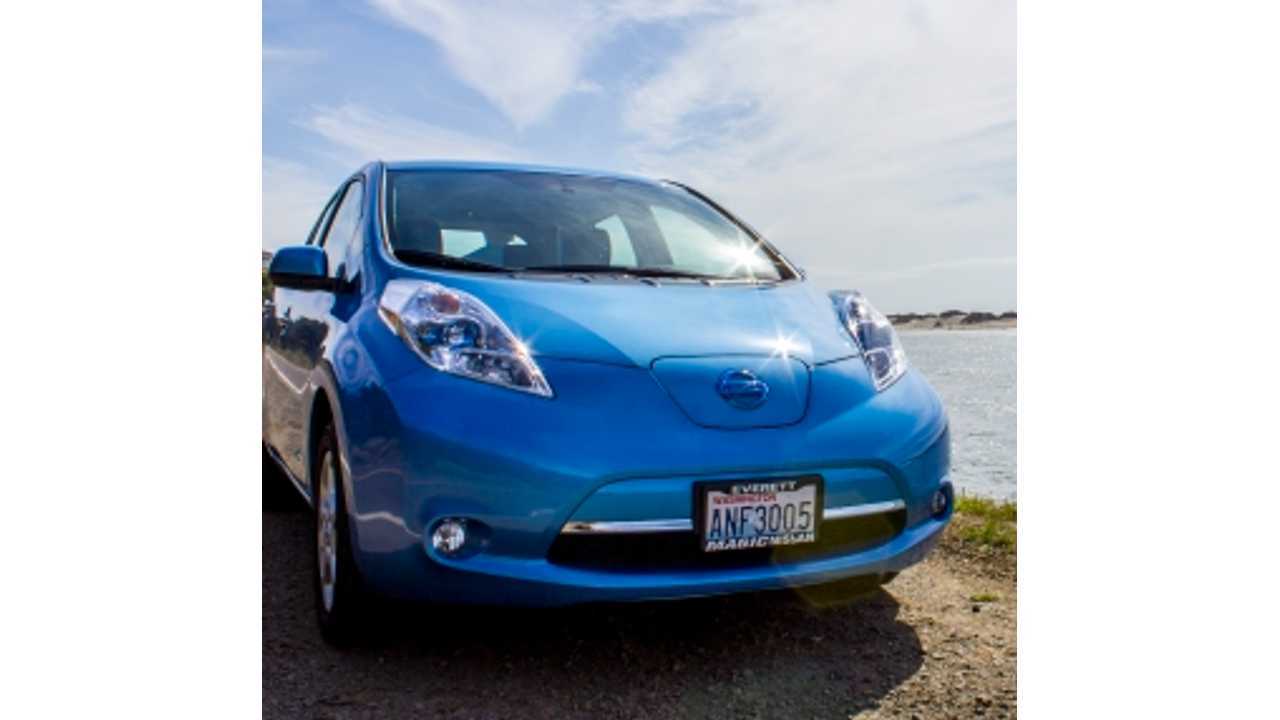 In August and September of 2013, Trish and I took a road trip in one of our 100% electric Nissan LEAFs. We planned out a trip that would take us up to 1,500 miles, which is quite a distance considering the EPA rated range of our cars is 73 miles. But we were confident it could be done; and it turned out we were right.

As enthusiastic owners of two electric cars, we wanted to show that it was actually possible to go on a long-distance trip with one. In addition, personally, we hadn’t spent much time in our neighboring state of Oregon, so we thought it would be fun to check out a lot of the cities and towns that we could easily access with our car. This turned out to be a lot of Oregon, since their EV charging infrastructure is the best in the country.

*Editor's Note: This post originally appeared on Tyrel's blog.  We highly suggest you check it out by clicking here.

Our intention was definitely not to see how fast this route could be driven. We wanted to see the sights, meet some of the people, and enjoy ourselves as much as possible.

For most of the trip, we reserved campsites where we would be able to take an RV spot and set up a tent. Many campgrounds had 50 Amp, 220 Volt outlets available that we could plug in to, with an adapter, to charge the car. They did not charge extra fees for using these, as electricity is relatively cheap in this part of the country. This meant that in many places we didn’t need to use the quick chargers that are available as part of the West Coast Electric Highway, though we usually checked them out anyway.

The only problem I discovered with using the campground “shore power” is that the small breaker boxes at the campsites, and especially the breakers themselves, would get extremely hot while we charged the car. Too hot to touch, in fact. They aren’t intended to provide high amperage for long periods of time. I ended up often splitting our charges into 2 or 3 sessions instead of doing it all at once, to give the electrical stuff time to cool down, or in some cases we just used 110 Volt outlets instead if we had plenty of time.

The trip went more-or-less as planned, but the total distance was less than the expected 1,500 miles. I guess we didn’t do as much driving around in the cities we visited as I had estimated. The total odometer was 1303.7 miles, which we spread over 15 days. At the time of our trip, the West Coast Electric Highway chargers were free. We did use a few paid Level 2 chargers, though, which brought our total fuel costs for the trip to $10.59, or 0.8 cents per mile. If we did the trip today, we’d pay $19.99 for a subscription to the West Coast Electric Highway, so our total would be $30.58, or 2.3 cents per mile. This same trip in a gas car would cost about $175 for gas (13.4 cents per mile).

It was really great to be able to depend on the chargers in Oregon. They are placed close enough together so that if one is broken or in use, you can skip it and use the next one, in most cases. This currently is not possible in some parts of Washington.

The map on the right shows our charge level at every point of our trip (except for one point when the software wasn’t working). Green & cyan are high levels of charge, blue to purple are low levels of charge.

The biggest problem with this trip is that it made us itching to go on more road trips. Unfortunately, the charging infrastructure isn’t available yet for us to go many other places. We would some day like to visit Yellowstone and also California. But for now, those are out of our range.

If you’re interested in more details about our trip, including what activities we did each day, here are the daily blog posts I wrote while we were traveling:

Finally, I must apologize for having taken so long to post this! Right after we got back from our road trip I didn’t feel like writing it, and the more time that passed the more it seemed like I just shouldn’t write it. But over and over I keep needing to have this post in order to point people to it when they ask about our trip! But, finally, there it is.

If you have any questions about our trip, or suggestions for another trip, feel free to leave a comment!