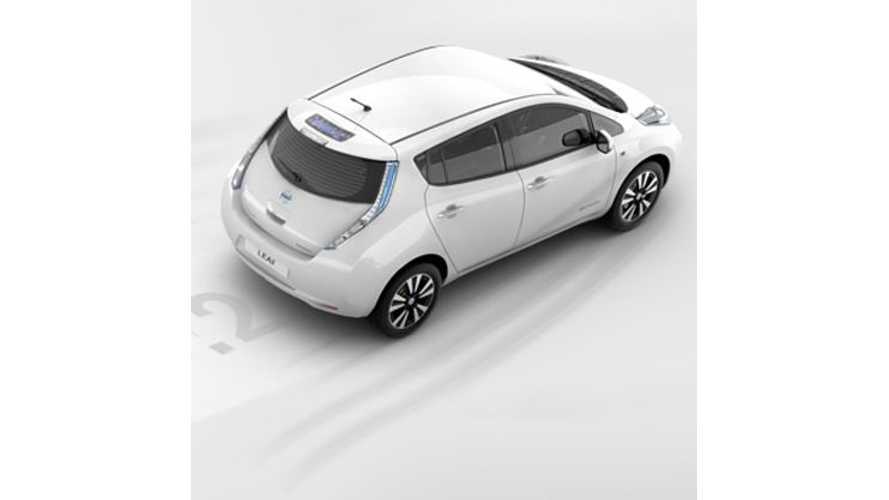 Building on the strength of a successful "No Charge to Charge" program that ran regionally in Texas through the end of March, that Nissan credits with aiding in a 500% increase in sales, the company has expanded it to 25 more U.S. markets.

These 25 markets are currently responsible for "more than 80 percent of Nissan LEAF sales" today.

And unlike the Texas program that was only in conjunction with NRG eVGO stations, LEAF customers can now charge for free (with some limitations - noted below) with a newly created, all access EZ-ChargeSM card - which in this case is good for two years of free public chargers at all the major player's stations with any purchase of a new Nissan LEAF.

"The "No Charge to Charge" expansion will use the new EZ-ChargeSM card, a first-of-its-kind platform that will offer Nissan LEAF owners access to the leading EV charging networks with a single, all-access card. New owners will receive an EZ-Charge card that will provide access to chargers with ChargePoint, Blink Network from Car Charging Group, AeroVironment and NRG eVgo."

UPDATE: It should be noted this "free charging program" is good for a maximum of 30 minutes at DC fast chargers and  one hour at L2 stations. (via AutoBlogGreen)

As it stands 30 minutes at a fast charging station can net over 80% recharge on today's Nissan LEAF, but only up to around 25 miles via L2 in an hour.

The "No Charge to Charge" program will launch on July 1st, 2014 (yet be retroactive to all LEAF purchases from April 1st) in 10 of the LEAF's best markets:

Nissan says that after the initial rollout out the company will add "No Charge to Charge" and EZ-Charge at LEAF dealers in "at least 15 additional markets" by July of 2015.

Additionally, at the live announcement at the New York Auto Show this afternoon we asked Nissan if they were going to provide a map of future DC fast chargers (like Tesla does) so their customers will know where they're coming.  While Nissan said they had no plans at the moment, they "love the idea and said that they will consider doing it now."