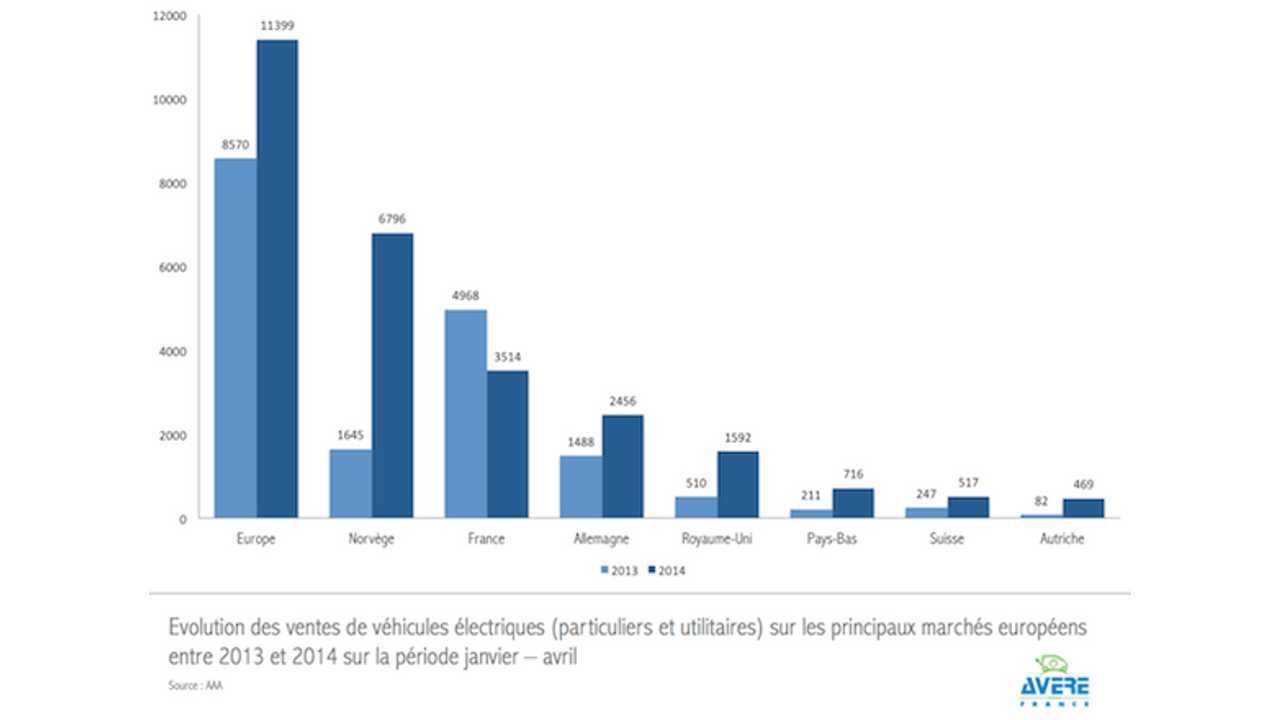 French l’Avere-France has done an exceptional job gathering data on the EV industry and recently released a new report on sales (pure EVs in Europe) after the first four months of this year.

Results are positive, but sadly not for France, which is the only European country that has lower sales compared to 2013. We know that this is due Renault ZOE, which entered market in 2013 inflating sales and now we see some correction (plus we learned of some lower incentives reported by our readers in comments, which may have contributed to reduced sales).

France electric vehicle sales dropped 29%, falling to 3,514 (including light commercial vehicles), but other top markets are growing strong by at least 65% (like Germany) or 109% (like Switzerland). Germany is now closer to France than ever in sales with 2,456 and already exceeds France in sales of passenger EVs.

When we sum all this up, we see that overall sales in the top 7 markets is at little over 16,000 units, which means that it's even higher than 11,399 displayed on the graphic for the whole of Europe... wait, how could that be?

Well, all these countries are in Europe, but Norway and Swizerland are outside of the European Union. So, maybe this is the reason?  If this is true, the we should add those "outsiders" to Europe and then we'll see a little over 18,000 sales, remembering that this still does not include thousands of plug-in hybrids.