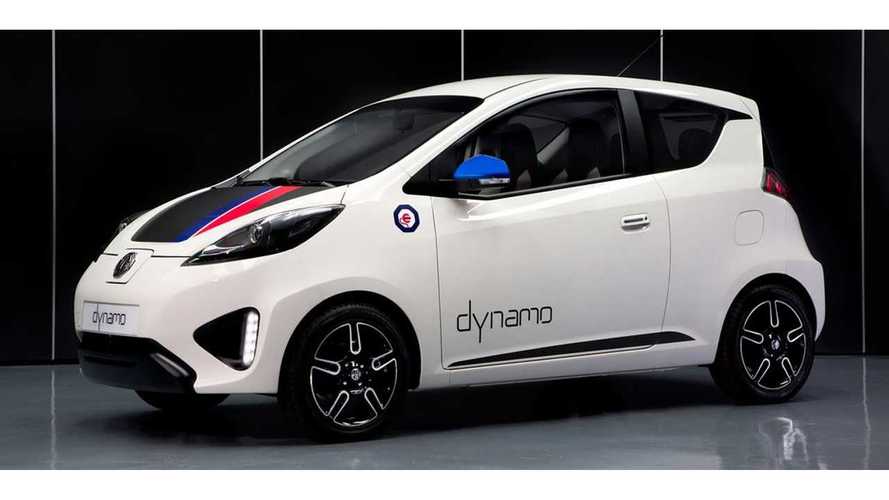 Called the MG Dynamo,the vehicle is  based off of the Roewe E50 made by a automaker in China called Shanghai Automotive Industry Corporation (SAIC)

Only a few details of the MG Dynamo are out as of this time.  For example, we know that the battery pack from A123 Systems is DC fast-charge capable and that it can recharge to 80%  in 30 minutes.

A range of around 100 miles is stated, but that's surely optimistic.  Torque is listed 114 LB-FT and top speed at 75 mph.

Pricing is uncertain currently but is expected to be around the same price as traditional gasoline powered vehicles.

More details of the MG Dynamo are expected to be released soon.  Hopefully, more images will be available then too.