Here's Where Owning An Electric Vehicle Really Pays Off 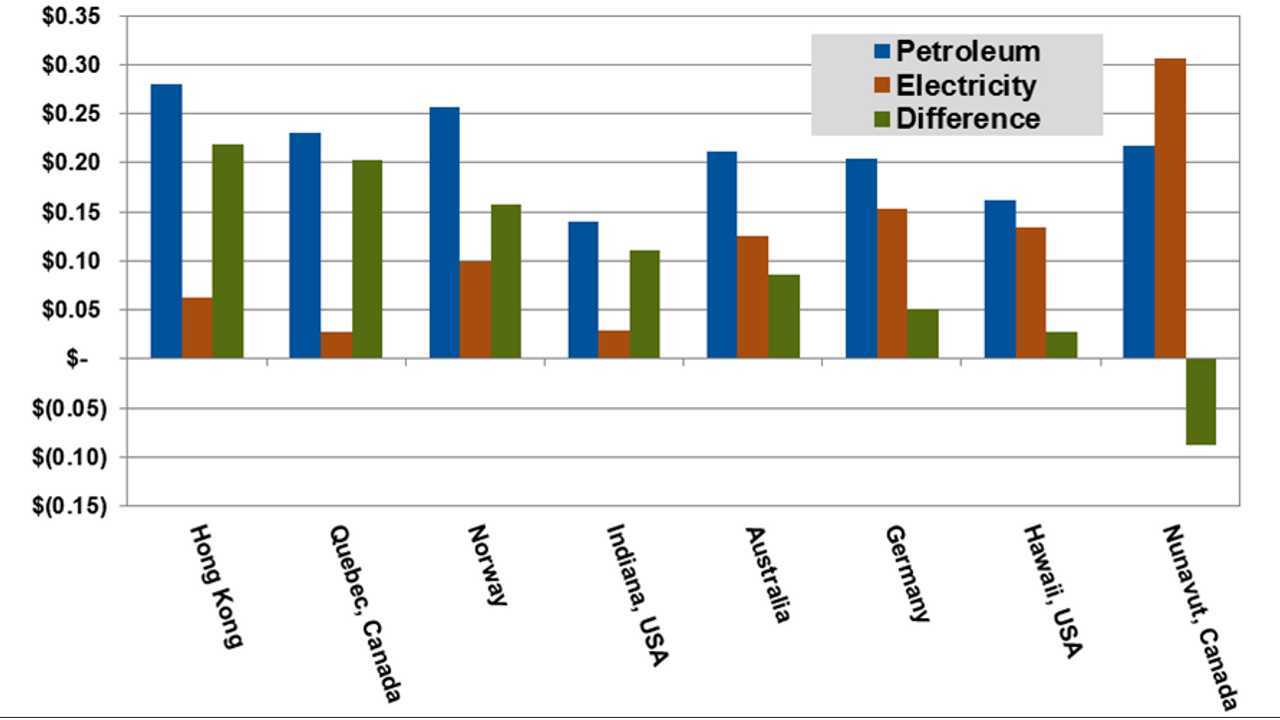 The folks over at Navigant Research recently put out this chart on "Fuel Costs Per Mile of Fuel, Select Regions: 2014."

Though it's not all-inclusive, it does show that wide variations exists in "fuel" costs depending on where one drives.

"One of the most attractive aspects of PEVs is that driving on electricity is significantly cheaper than driving on gasoline or diesel. While this is largely true in most markets, the price difference can vary significantly by market. The most meaningful variables in fuel cost returns are the retail price of petroleum-based fuels, the residential rates for electricity (since a vast majority of PEV charging is done at the owner’s home), and the average efficiency of new conventional vehicles compared to PEVs."

In regards to the US, Navigant adds:

"Among U.S. states (average new vehicle mpg is now 25) the best returns are in Indiana ($0.11 per mile) and the worst are in Hawaii ($0.03 per mile). Given current government incentives, maintenance cost reductions, an annual vehicle mileage of 12,000, and an average $12,000 premium for PEVs, a battery electric vehicle (BEV) driven in Indiana nets a return in less than 4 years – twice as fast as one driven in Hawaii."

So, yes it does matter where you live in regards to fueling costs and whether or not a plug-in vehicle is cheaper to operate than a comparable gas automobile, but by and large, the plug in wins in most locales across the globe.