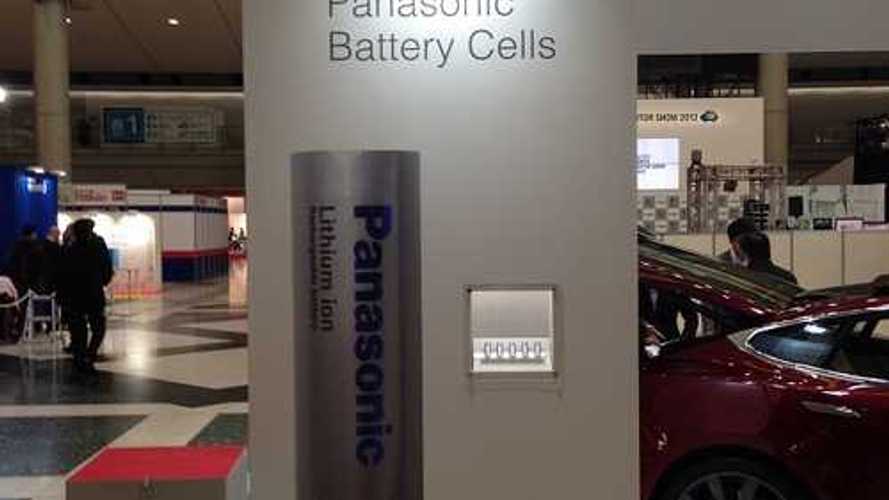 Tesla Ready To Break Ground On Gigafactory In "A Few Weeks", Panasonic Is Ready To...Keeping Thinking About It

On Friday, Panasonic let the world in on how things are going in relation to their involvement with Tesla on its upcoming $5 billion dollar battery factory.

While JB Straubel, Tesla's chief technical has said that Panasonic will be the only battery maker partnering with Tesla in the massive manufacturing facility,  Panasonic's senior managing executive for the automotive unit Yoshio Ito, didn't seem quite as "all in" as one would expect at this point when talking to reporters last week.

Tesla Shows Off The Model S Glider And 8,000 Odd Panasonic 18650 Cells That Power The Car Earlier This Year In Geneva

Mr. Ito said that Panasonic was taking things slow and had so far offered to work with Tesla on electronic controls as well as help with battery-cell cost reductions in order to get the price down on the packs.  At the same time, the exec casted a bit of a shadow on Tesla's "cost reduction" plans for the factory:

A Little Panasonic-Tesla Battery Signage From The Tokyo Motor Show

Mr Straubel updated the status of the Gigafactory saying that Tesla is just a "few weeks away" from breaking ground on the first (of two) factory sites.

So does that upcoming milestone event mean that Tesla is concerned about Panasonic's apparent waffling?  Apparently not according to JP:

"There is not any frustration. It is that this whole external world is saying it is taking too long to get a commitment. With the excitement about the Gigafactory, suddenly the whole relationship is pushed into the limelight. It doesn't feel to us that things are taking too long. There is no sense of foot-dragging." as reported the WSJ on Friday.

So why is Panasonic seemingly so hesitant to get involved?  It is all about the risk according to the company.

After completely rebuilding the business from the aftermath of a poor investment decision last decade to build plasma TVs and mobile phones that cost the company more than $15 billion in losses, it has just started to once again post profits in the past year, and Panasonic is in no rush to repeat the $5 billion dollar investment mistake it made in building TVs.

For the Tesla project, Panasonic's Chief Executive Kazuhiro Tsuga has formed a team to put together risk assessments and several backup plans to ensure the company doesn't suffer another "plasma event" with Tesla.

The heart of these assessments are on Tesla's business model and the number of cars (and therefore cell demand) there will be in the partnership.  The Wall Street Journal reports one Panasonic official told them (on condition of anonymity) that "Investments are scary considering the bitter experiences we've had."

Panasonic already has a deal in place to supply Tesla with 2 billion cells through 2017, and maybe concerned about having too much manufacturing capacity if they are also building out the Gigafactory in partnership with Tesla - which would be a given if Tesla does not sell their 3rd generation car in the high volumes they expect to.

And while Mr. Straubel is putting a brave face on the slow decision making of Panasonic, Mr. Ito was a little more frank, noting Tesla likes to make quick decisions:

"I'm not sure if we're keeping up with the speed sought by" Tesla, Mr. Ito said.