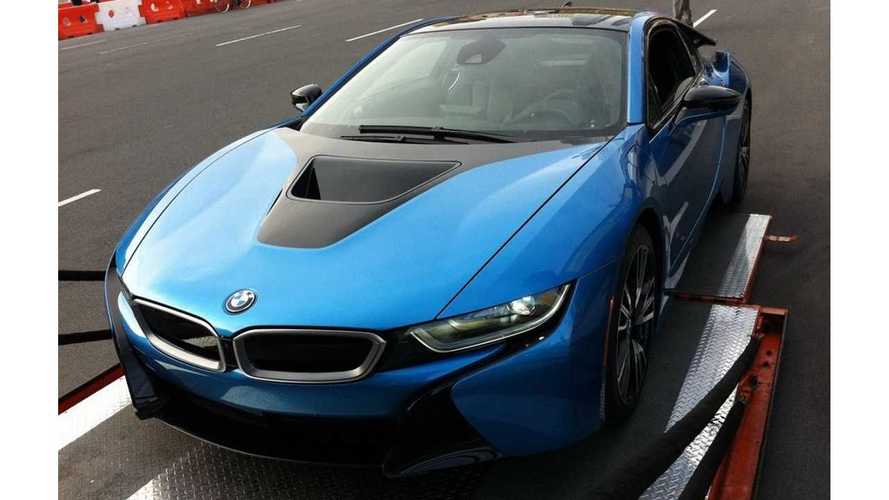 It's a head turner.  That's the for sure.

The BMW i8 is now arriving in New York City in preparation for the opening of the 2014 New York Auto Show.

We don't expect any never-before-seen reveals from BMW, but we do imagine that the i8 and BMW i3 will be the featured vehicles on BMW's stand, along with the BMW X5 eDrive.

This particular BMW i8 is dressed in Protonic Blue with Frozen Grey accents and 20-inch wheels.

The BMW i8 will officially go on sale in the US in early Summer 2014.  First deliveries may be several months after its on-sale date due to higher than anticipated demand.