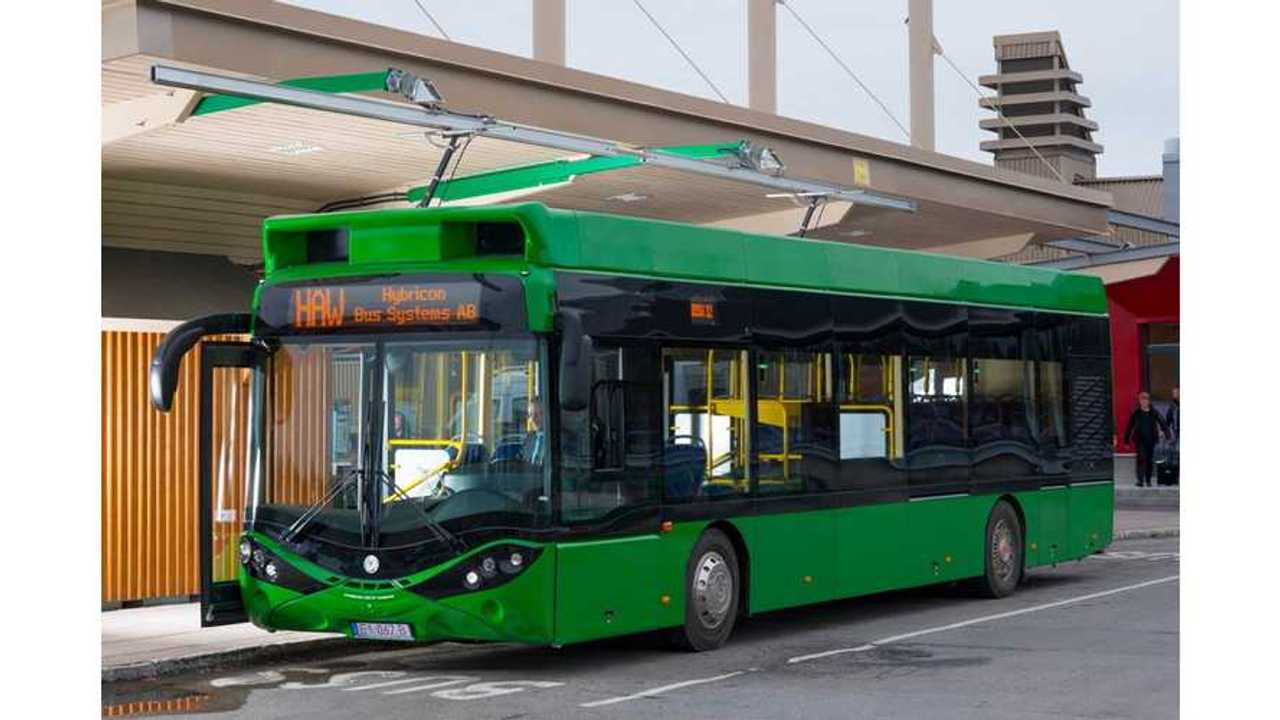 Hybricon Bus Systems announced that during recent tests of the Arctic Whisper urban bus in Umeå, Sweden, the Opbrid Bůsbaar charging systems enabled the recharging of the battery pack at 625 amps for just 6 minutes.

According to the Swedish company, this achievement should pave the way for charging at 500 – 1000 kW or more to achieve 2-3 minute charges at the end-of-route stations.

"While fast charging of urban buses has already been shown to be a valuable way to achieve “infinite electric range” in bus systems by Hybricon, Proterra, Volvo, and others, bus operators want ever shorter charging times. If charging times can be reduced to just 2-3 minutes, then the operators do not have to add additional buses to a route. Adding an additional bus to a route is an expense that operators want to avoid."

Infrared photo of charging at 625 Amps after 6 minutes

Arctic Whisper is 12 meters long, but Hybricon Bus Systems is also developing an 18 m 4WD articulated version of Arctic Whisper, which with all-electric heating will be able to charge in 5 - 6 minutes.  The current prototype of 12 m Arctic Whisper has a 100 kWh battery pack and a small 50 kW diesel range extender.

“The local bus operator only has a few minutes to charge at the ends of the route, so we developed this bus to satisfy this demand. We live close to the Arctic Circle and keeping passengers warm is also a top priority. Ultrafast Charging® lets us heat with clean electricity instead of a diesel fuel burning heater."

As we can see on the infrared photo, despite high power a temperature increase of only 9.8 degrees occurred at the critical junction between the pantograph and the overhead charging rail of the Opbrid Bůsbaar. Opbrid Bůsbaar's concept is borrowed from the European electric rail industry.

Closeup of pantograph connection during charging

“These tests validate our approach, which uses electric rail components such as Schunk pantographs and Furrer+Frey Conductor Rail. Besides transferring very high power, our Bůsbaar charging system is cost effective, safe and durable."

Hybricon Bus Systems believes that such system would enable the use of relatively small battery packs, which however must be specifically designed for high charging rates and cold temperatures.

"Just a few chargers located at strategic points in Umeå can charge all of the Hybricon electric buses throughout the day. One hundred percent electric heating can also be used because there is plenty of energy available. The Umeå bus routes are relatively long and Ultrafast Charging provides sufficient power for continuous driving and heating on longer routes in this challenging climate."

"Fortunately, the electricity in Umeå comes from renewable sources, primarily wind and hydroelectric dams. Converting the buses in Umeå from diesel to electricity using Ultrafast Charging saves both money and protects the environment. Hybricon Bus Systems will also be producing 4WD 18 meter electric buses for Umeå city starting this year."