Electric Renault Twingo On Hold, Coming Soon Or Not Planned? 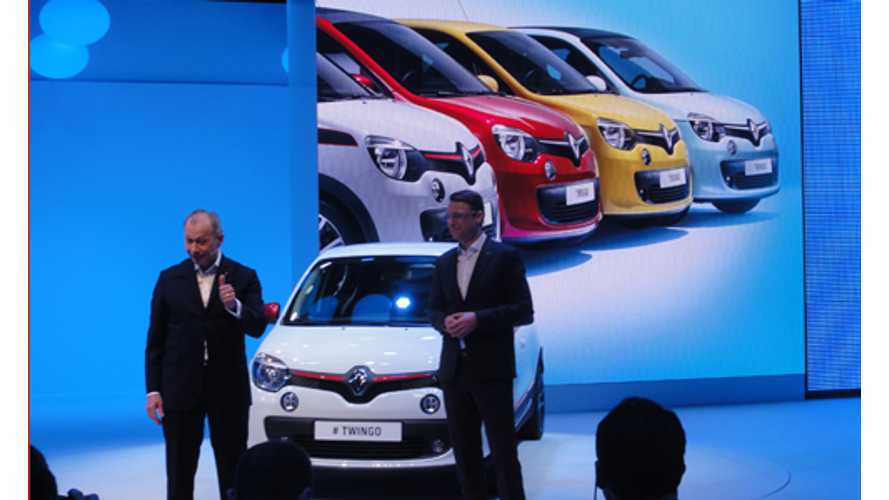 Automotive News Europe is reporting that "Renault has been forced to re-think its ambitious electric vehicle plans."

"We're not in a situation where the market has followed our forecasts."

"People haven't yet reached the point where they feel the need to have an electric vehicle for full daily use. People need to feel that need to shift to electric models."

Apparently, this means that an electric version of the Renault Twingo is either coming soon (according to Stoll) or not coming at all (according to a Renault spokesperson).

That's a shame if it doesn't enter production because the Twingo would make for a solid hot electric hatchback.

The spokesperson claims there's no need for an electric Twingo because Renault already has a full lineup of electric vehicles (Zoe, Kangoo Z.E., Twizy and defunct Fleunce Z.E.)

Give us an electric Twingo Renault.  And stop renting the battery separate of the vehicle.  Do both and your electric vehicle sales we turn back to positive once again.