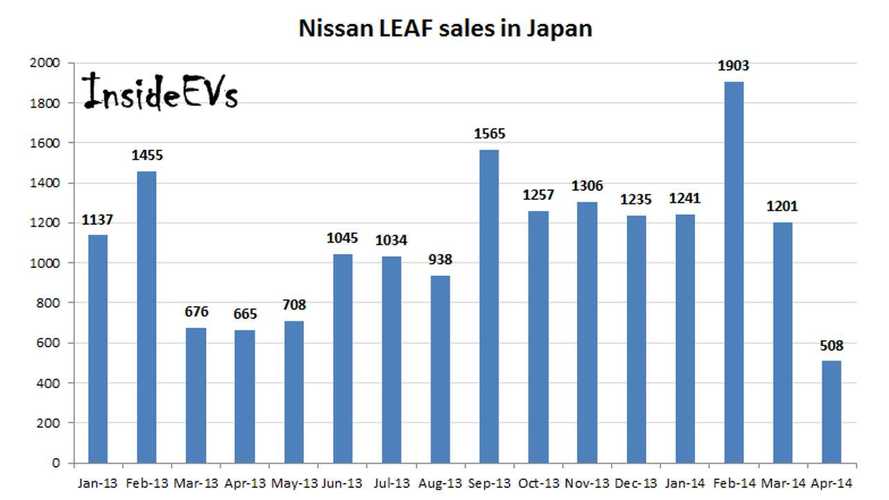 LEAF Gets A 80% (?) Fast Charge At A Nissan Dealership

Nissan LEAF sales were steady and strong this year in Japan, rising by one third in Q1 compared to 2013.

But April brings some low, low numbers. Just 508 LEAFs were sold in April in Japan.  This is the worst showing for the LEAF since way back in August 2012.

It is highly probable that some solid months were inflated by announced higher taxes introduced on April 1.

Total passenger car sales in Japan fell by 11% last month to 188,864 units, which is weakest monthly volume in 16 months.

Anyways, overall sales of the LEAF are still higher in 2014 than last year, but we need to wait a bit longer to celebrate the LEAF crossing the cumulative sales mark of 40,000 units in Japan.