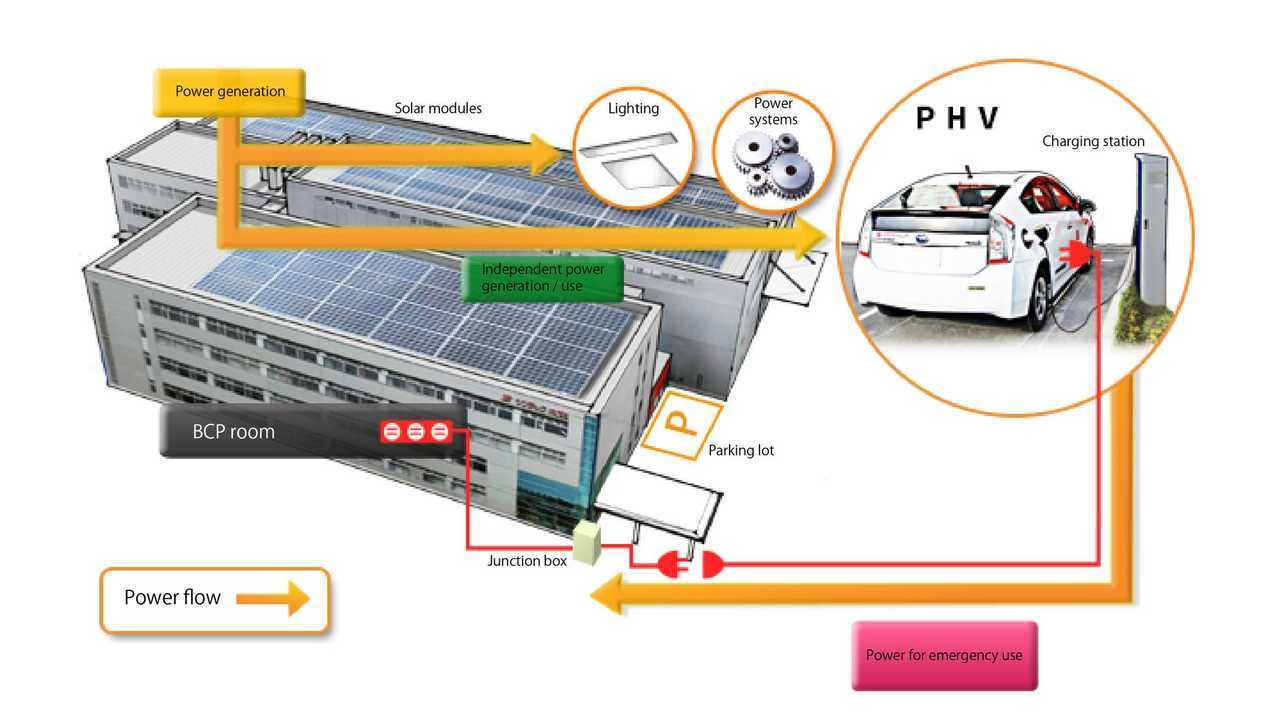 Kyocera announced the installation at it headquarters of Shintec Hozumi in Aichi Prefecture, Japan a “Solar Cycle Station for EV”.

But this is not a typical solar charging carport. This system takes it one step further by not only charging vehicles from solar energy, but also having the ability to provide backup energy during times of disaster.

The solar system can generate 230 kW of power. Data on the amount of power that can be supplied to EVs or the Toyota Prius PHV wasn't provided by Kyocera, but if we assume this would work to power a building (or even part of it) when needed during an emergency, then it would seem it must be at least over a dozen kWs total.