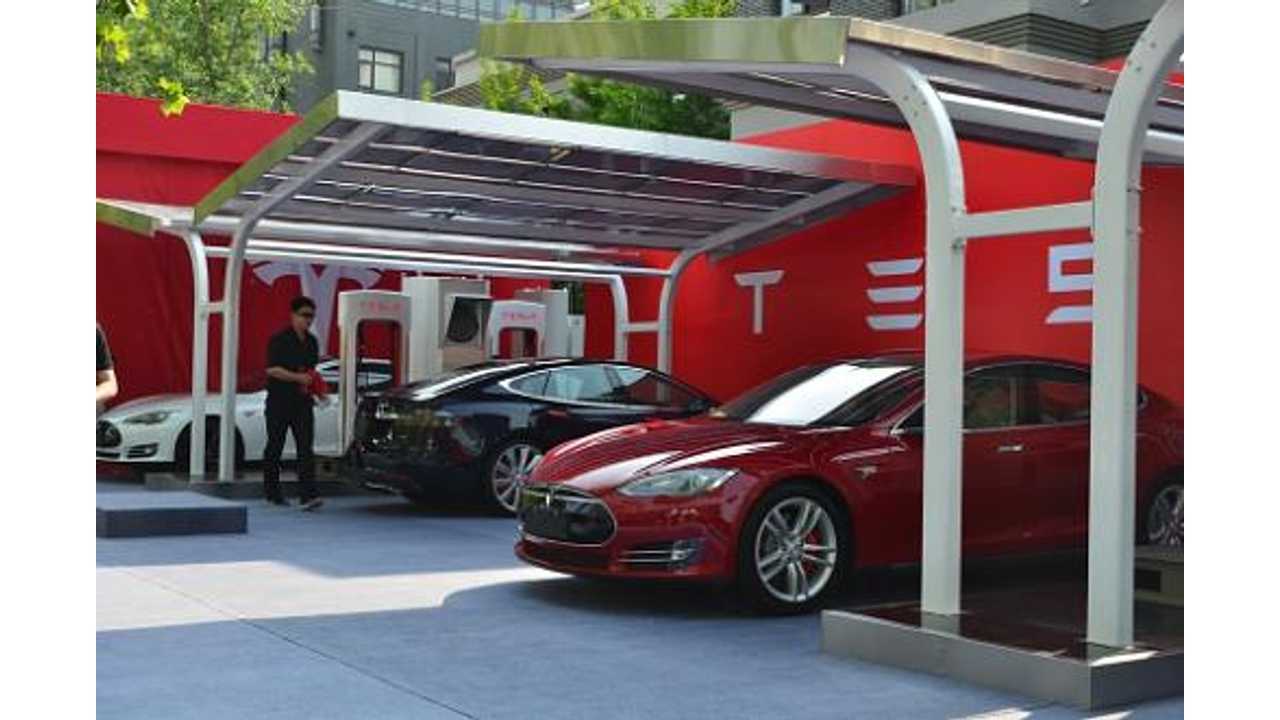 Tesla's Solar Supercharger in China - There Won't Be 1,000 Of These Chargers Anytime Soon In China - Maybe a Couple Hundred Though

"New residential communities in Beijing will have to install power-charging posts for 18% of their parking units, as well as a power supply source, according to a new Beijing government plan aiming to popularize use of electric cars and combat smog."

This is similar to what was passed in New York City awhile back, but there's one major difference in Beijing"

"The plan, dubbed Enforcement Rules for Power-Charging Facilities for New-Energy Passenger Cars in Beijing, calls for the installation of 1,000 rapid DC electricity charging posts this year."

In China, the lack of charging infrastructure is seen as this biggest hold back for electric vehicle adoption.  If all goes according to plan, the infrastructure in Beijing will perhaps be the most robust of any city in the world by the end of 2014.

Niu Jinmin, director of the center for promoting new energy cars in Beijing, says government involvement is key to growing the infrastructure:

"Government involvement is indispensable for the installation of charging posts, since it is not profitable now."

Beijing's government is getting involved, so hopefully the infrastructure makes a dramatic turn from the 60 charging points in Beijing today (for use by buses and taxis only, private EVs can not use the sites) to the 1,000-plus point of tomorrow (end of 2014).