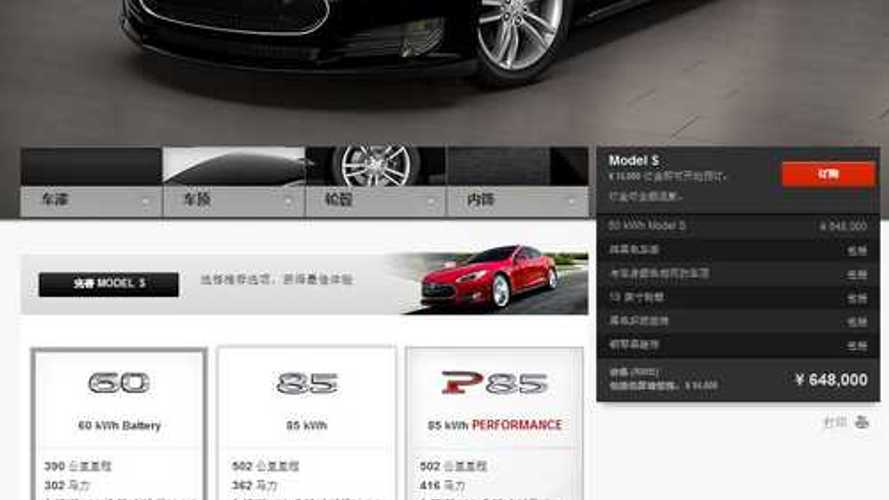 Of course, the reason for now offering the 60 kWh in China is to drive up sales; more choices + cheaper price option = more sales.

Wait times for the 60 kWh version in China are listed at 3 to 4 months.

The problem in China is that only residents of Beijing and Shanghai can take delivery of the Model S.  Tesla's only showroom in China is in Beijing, though more are promised to open in other cities soon.

Tesla's expansion into China have proven to be the most difficult of moves for the electric automaker.  Let's hope Tesla can sort it all out soon so that sales of the Model S in China hit Tesla's optimistic targets.