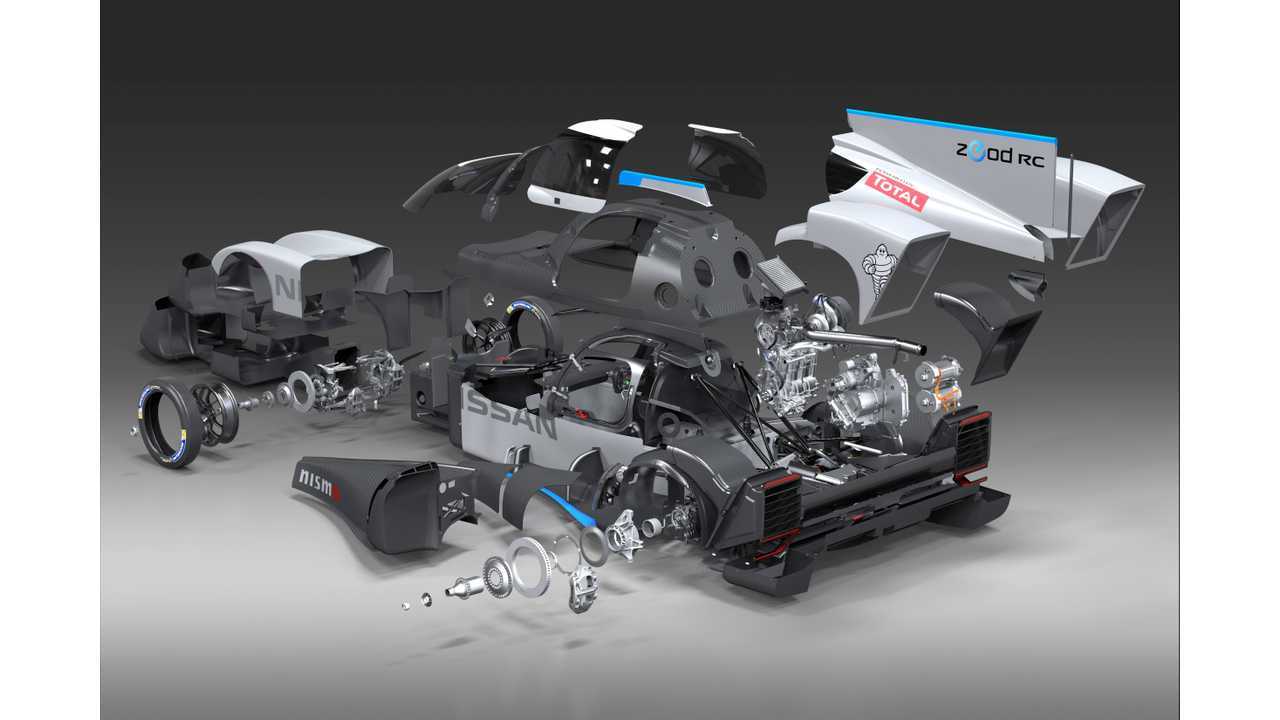 "It features thousands of parts, brand new technology, has taken countless hours of design, engineering, construction and testing and now Nissan has revealed what is under the skin of the revolutionary prototype."

"With every single component on the car down to the smallest nut and bolt modeled in computer aided design (CAD) technology, Nissan has released a unique image showcasing the inner workings of the car."

When will we see the ZEOD RC in action?

"The car aims to complete the first all-electric lap of famous 8.5-mile circuit – running in virtual silence down the Mulsanne straight."

"The car aims to complete a lap of Le Mans on battery power faster than a GT LM category Le Mans entry. The remarkable 400 horsepower, 40 kilogram, 1.5 liter, three-cylinder turbocharged engine will start the race with the electric motors taking over for a final all-electric lap after each fuel stint."

Much of what makes the ZEOD RC so revolutionary is kept secret by Nissan/NISMO.  It's likely that at some point in the future some of the tech found in ZEOD RC will make its way into a street vehicle.  For that reason, Nissan isn't disclosing all the details.
++
Got a tip for us? Email: tips@insideevs.com