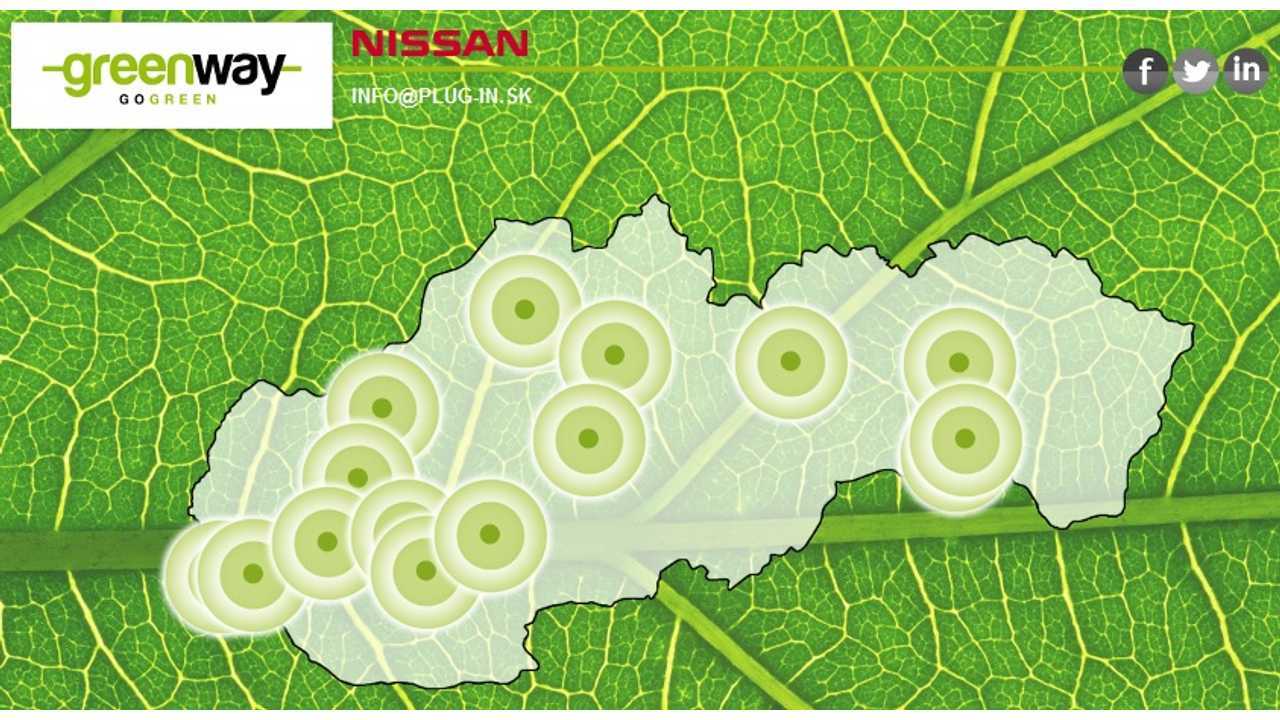 On May 15, Slovakia got the largest network of quick chargers in East-Central Europe thanks to the latest deployment of 15 CHAdeMO chargers.

The infrastructure was built by GreenWay, in cooperation with Nissan.  At the opening ceremony, Nissan delivered 10 LEAFs to a client in eastern Slovakia.

Now, all EVs with CHAdeMO inlets can drive across Slovakia, from Bratislava to Košice, stopping just for a quick recharge.

"GreenWay used this occasion to introduce a program which allows any owner of an electric car registered in the Slovak Republic free charging via their infrastructure. A precondition is that the owners register their electric vehicles by the end of August 2014 via the site www.plug-in.sk"

“...this is a historic moment for Slovak electromobility, since as of today you can travel in an electric vehicle from Bratislava to Košice without restrictions."

“making this route available is indeed an exceptional moment since electromobility will finally be able to operate nationwide without restrictions, and in doing so it pulls down one of the imaginary boundaries between the west and east of the Slovak Republic."

“the city of Košice is very open towards the topic of electromobility. We decided to provide the owners of electric vehicles with free parking throughout the city and in the future we will look for further ways to bring electromobility even closer to people of Košice.”