Johammer Electric Motorcycle Looks Like A Snail, Yet Offers 124 Miles Of Range 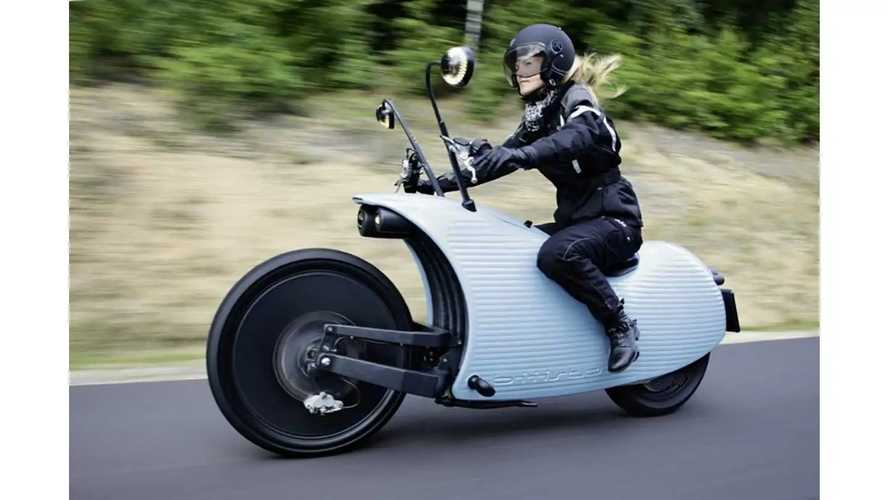 According to the motorcycle maker, the Johammer should actually enter production soon.

Aside from looks, the Joahmmer electric bike has some other distinguishing features that make it a stand out in the two-wheeled electric crowd.

For starter, Johammer features a rear-mounted electric in-hub motor.  Beyond that, Johammer boasts the ability to go up to 124 miles on a single charge.  That's a rare figure for electric motorcycles.

"It uses a hub-center steering and suspension setup at the front end. These units do a very good job of separating braking from suspension forces and controlling dive under brakes..."

"But the big ticket item is the fantastic battery range. Fitted with a beefy 12.7 kWh battery stack, the Johammer joins the Zero S ZF11.4 among the first electric bikes to boast a 200 km (124 mi) range when fully charged."

"The battery modules are developed in-house at Johammer, giving the company a second product stream as well as the perfect demonstration platform. Guaranteed service life of the battery is 200,000 km (124,000 mi) or four years without dropping below 85 percent of the new battery’s capacity."

"Otherwise, the bike’s electric motor is enclosed in its rear wheel hub, and it works in reverse as a regenerative brake system."

There's no word at this time on when the Johammer electric motorcycle will go into production.  Nor is there any mention of whether or not it will be sold in the US.  If it were to be available in the US, would this expensive bike make it on your must-have list?