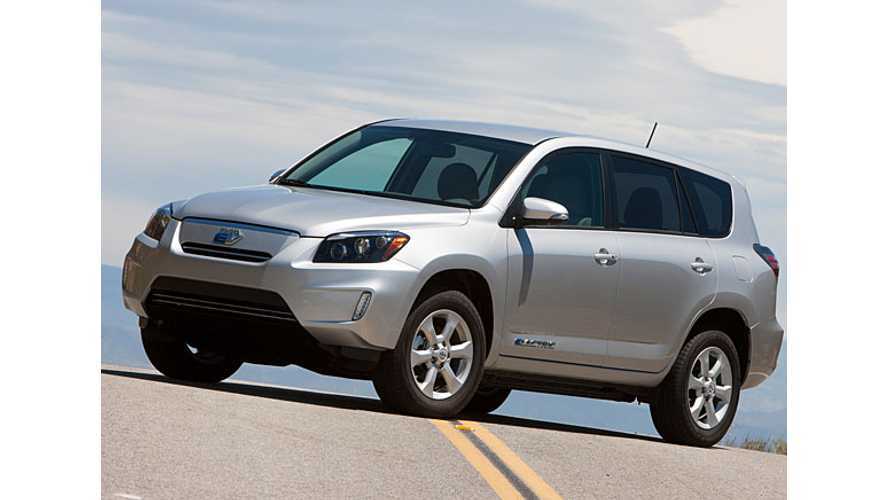 According to Lentz, BEVs are only viable in “a select way, in short-range vehicles that take you that extra mile, from the office to the train, or home to the train, as well as being used on large campuses."

“But for long-range travel primary vehicles, we feel there are better alternatives, such as hybrids and plug-in hybrids, and tomorrow with fuel cells."

Lentz adds that the deal with Tesla on 2,600 RAV4 EVs  “was never about open-ended volume.It was time to either continue or stop. My personal feeling was that I would rather invest my dollars in fuel cell development than in another 2,500 EVs."

However, Lentz admits that it learned from Tesla and suggests that Tesla learned a thing or two from Toyota, too:

“We learned a lot about being a smaller entrepreneurial company in the auto business and being faster to market.  They learned about our quality control. It was more about two types of companies working together than about batteries. We’re not anti-battery. We are a big battery company. We have 6 million hybrids running on batteries.”

“It’s done ok.  It’s an investment and we have to treat it like an investment. If it were my money in my pocket, I would take a little off the table. But it’s a investment, so I don’t control it.”