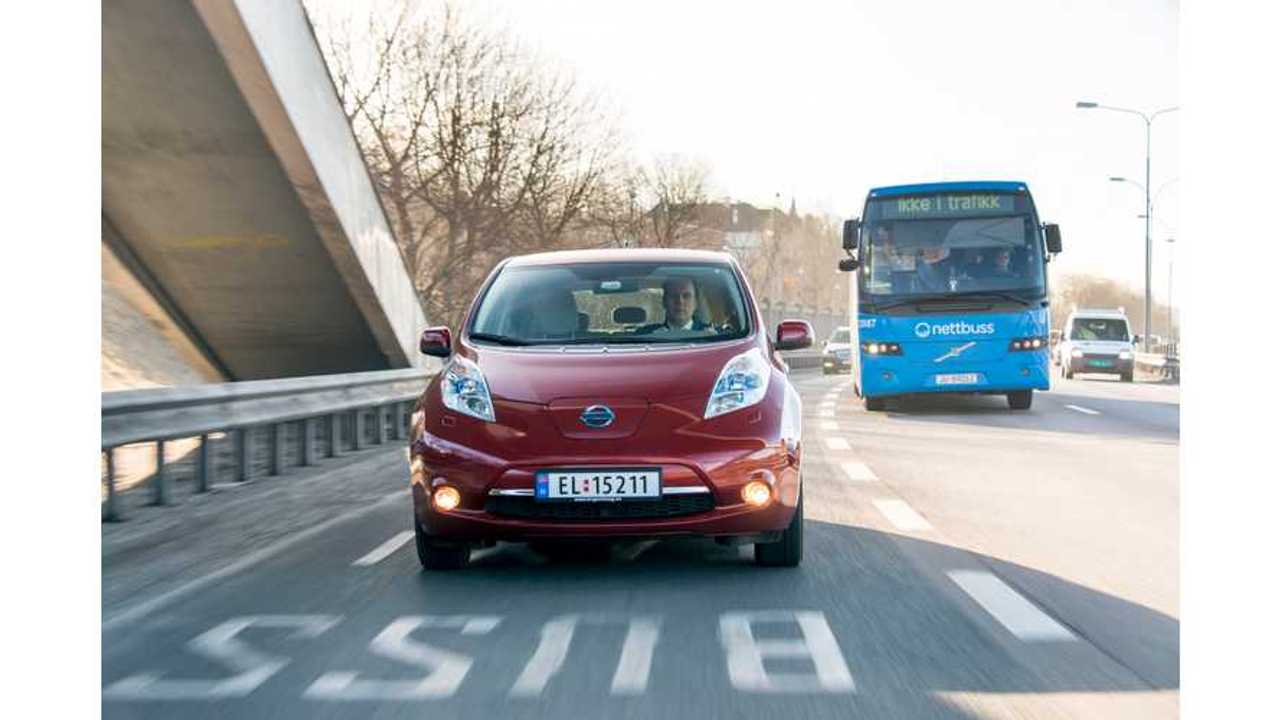 Electric vehicles are proving so popular in Norway that bus drivers are starting to sound off.

Per The Wall Street Journal:

"But the biggest prize may be the unfettered access electric cars have to bus lanes. Oslo's traffic can be gnarly during rush hour, and people are increasingly turning to the Tesla Model S, Nissan Leaf and Peugeot iOn, vehicles that qualify them to take the faster track without worries about fines."

"This is good for the environment, but bad for drivers of buses who are trying to stay on schedule."

So, electric vehicles are so numerous in Oslo that buses are getting slowed by overloaded bus lanes.

One bus driver by the name of Erik Haugstad told The Wall Street Journal that "The EVs have to get out of the bus lane."

Why do they have to get out of the bus lanes?  According to Haugstad, the bus delays are an everyday occurrence now.  Haugstad turned to the buses intercom to apologize to the riders by stating the following:

"I know you're upset because the bus is delayed.  Again, I'm sorry, but there's not much I can do. There are too many electric cars."

It seems Haugstad's bus is often behind schedule and passengers aren't happy.  "I'm missing my train now, you know," stated one passenger.

"The clutter in the bus lane has tarnished a trend that otherwise has been a point of pride in this oil-rich nation."

That trend is Norway leading the world in electric vehicle adoption rates, but even EV owners in Norway think a change is coming soon.  Erling Kagge, a Tesla owner, is quoting as saying:

"When something sounds too good to be true, it usually is... as soon as EVs get back into the normal car's lane, that's going to be worse for everyone."