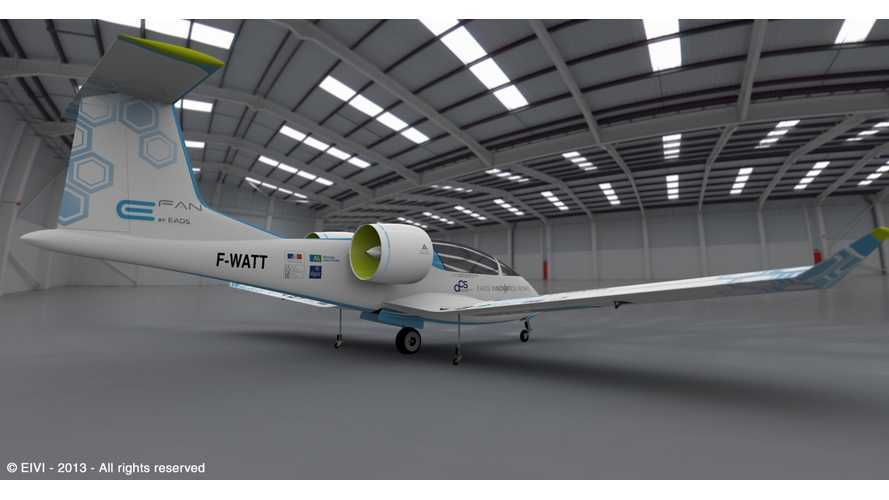 Last month at the Bordeaux-Merignac Airport in France, one more electric aircraft had it's maiden flight.

This time it was EADS E-Fan, which debuted 10 months ago.

This two-seat training aircraft, which can be used to tow gliders and for aerobatics, was designed by EADS and Aero Composites Saintonge (ACS).

We know that with its lithium-polymer Kokam cells (19.2 kWh total), E-Fan can fly for 45-60 minutes (or one half hour during aerobatics).  Its unique fan-propulsion with two 30 kW motors enables it to fly at 100 mph (maximum is 137 mph).

There are rumors that Airbus Group will try to commercialize such electric aircrafts in the near future.