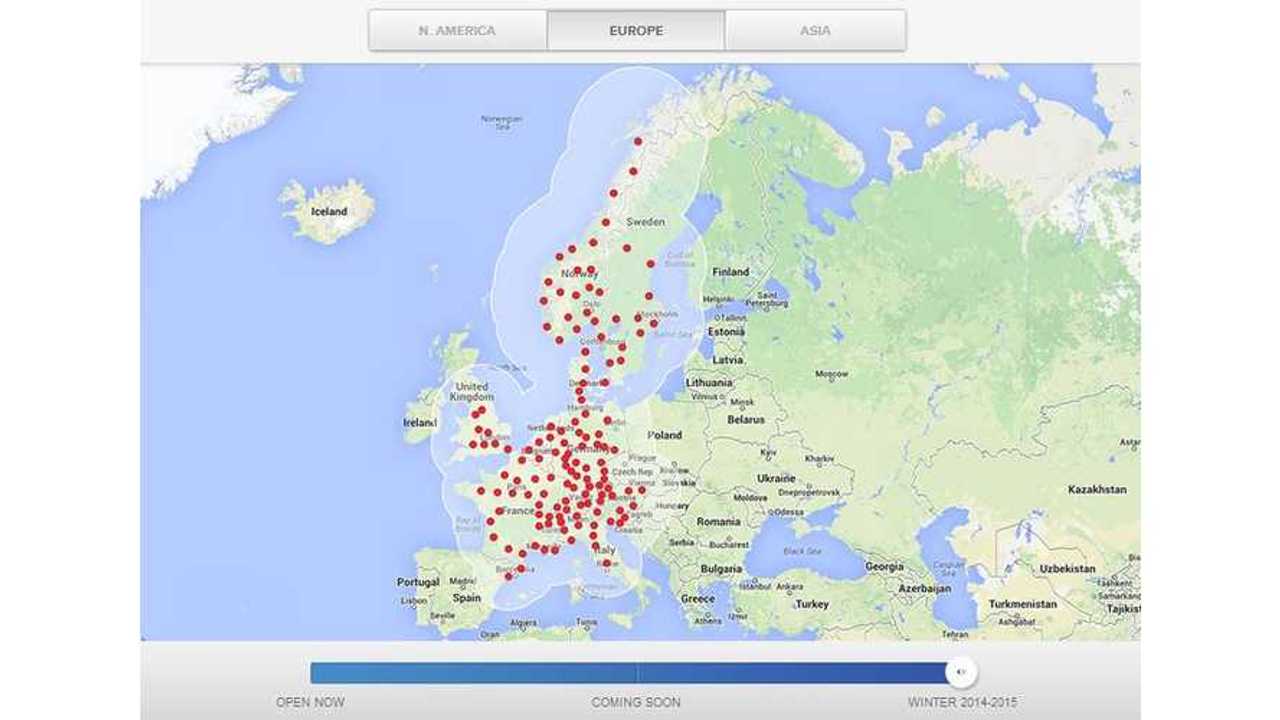 Tesla Motors has now updated its Europe Supercharger map with the addition of a "Winter 2014-2015" tab.

Of note on the "Winter 2014-2015" map is that Superchargers are set to take over most of Europe (minus Eastern Europe, Ireland, Spain, Portugal and a few other countries).

Muck like in the US, Tesla European Supercharger rollout started off slow, but Tesla then kicked the rollout into overdrive in the States.  The same appears to be true in Europe, where Superchargers will go from less than 2 dozen today to what appears to be ~100 or so by early next year.