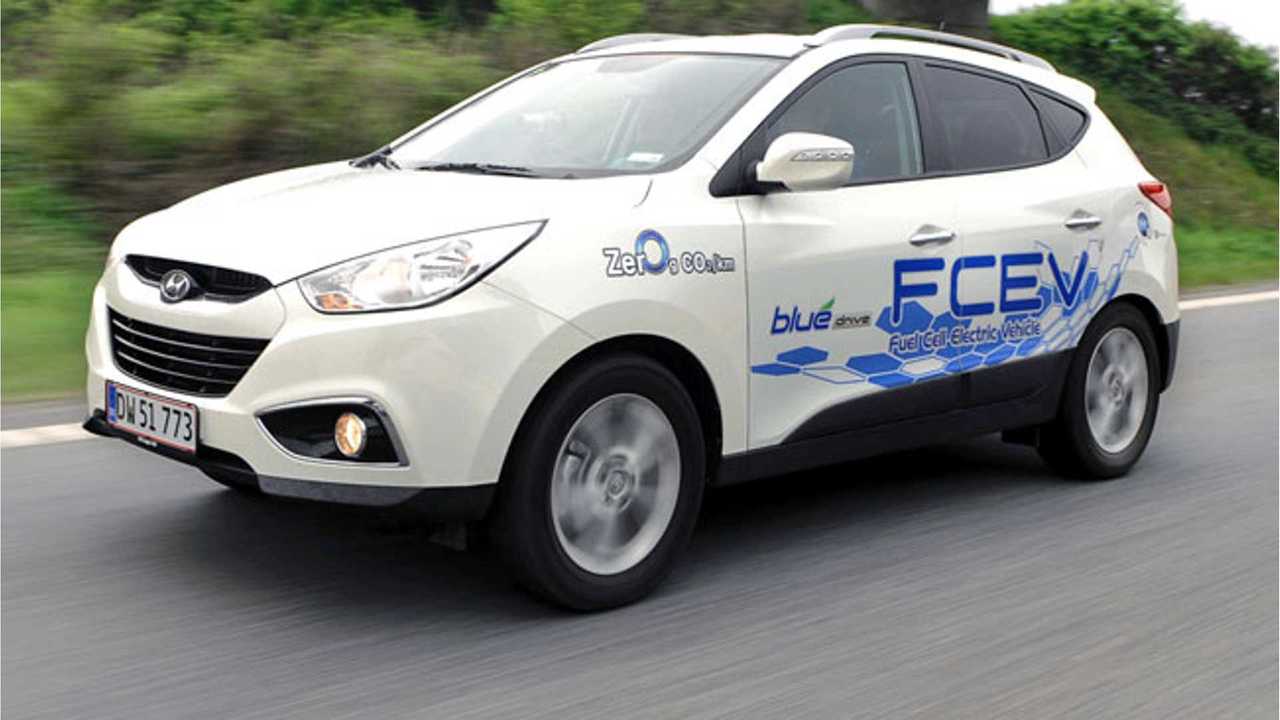 Hyundai Motor presented at the SAE 2104 World Congress in Detroit a paper title "Improved Cyclic Performances of Li-Sulfur Batteries with Sulfone-Based Electrolyte" on Li-sulfur battery, or maybe rather a new sulfone-based electrolyte for Li-sulfur battery, which Hyundai says improves the capacity and reversible capacity retention.

"The effects of electrolyte on the cyclability of Li/S battery were investigated in this work. The electrochemical properties of single component ether solvents and a binary mixture of ether solvents were studied. These ether-based electrolytes have polysulfide shuttle problems which result in severe low Coulombic efficiency. To overcome these issues, sulfone-based solvent which forms a stable passivation film at the anode surface were used.

As a result, the proper composition of sulfone-based electrolyte were obtained. Its capacity and reversible capacity retention were improved to 715 mAh/g and 72.6% which were increased by 52.1% and 63.1%, respectively, compared to those of ether-based electrolyte."

This kind of development and results are announced on a regular basis all over the world and it's hard to say how it will translate into a final product and whether or not commercialization of 2-3 time more energy dense battery cells will occur.

But the most important thing is that another automaker is using its laboratory and resources on battery technology. And this is not Nissan or Toyota, both of which have been working on batteries for years, but Hyundai who seems to be in no hurry to introduce electric vehicles (although related company Kia will try, but Hyundai announced a focus on fuel cells in the short term).

Is Hyundai hoping to skip a lithium-ion cells and instead jump to one of the next-generation battery technologies before joining the party?