Navigant: Plug-In And Fuel Cell Vehicles To Account For 2.5% Of All Automobiles On The Road By 2035 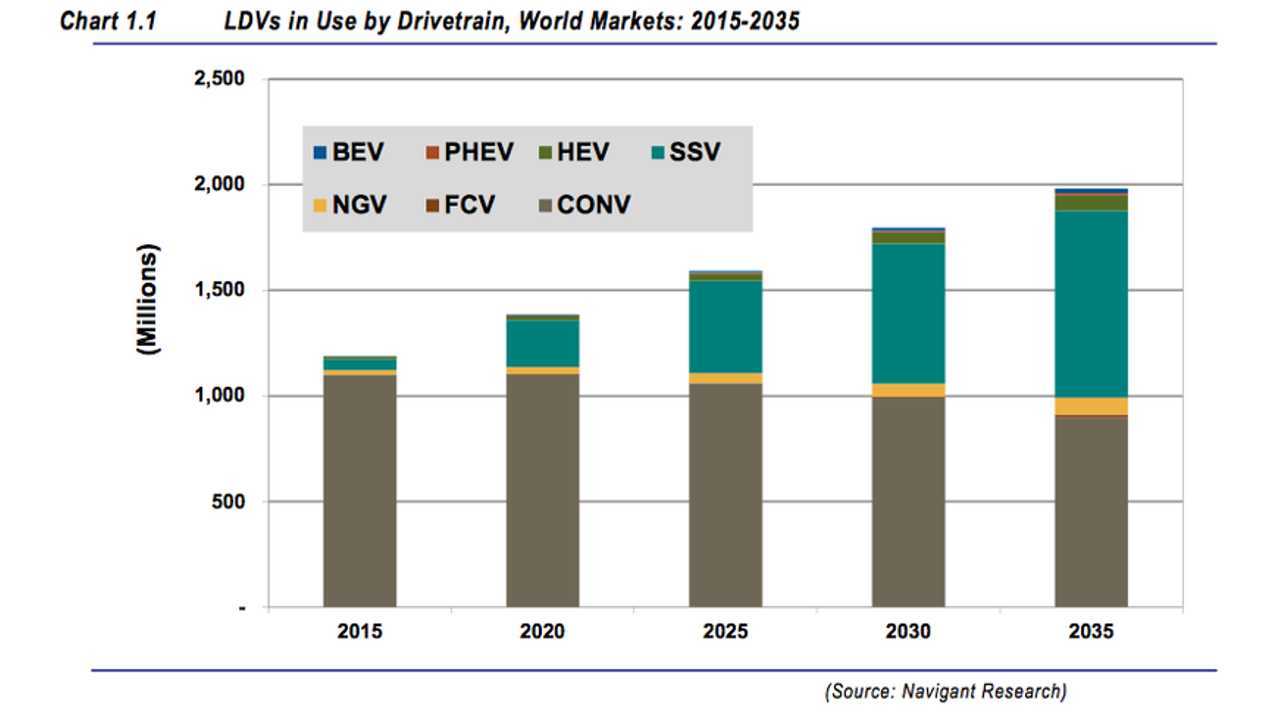 The conclusion, per Navigant via Green Car Congress, is that "plug-in hybrid (PHEV), battery-electric (BEV), and fuel-cell electric (FCV) together will add up to almost 2.5% of the LDVs in use in 2035."

"While the landscape for vehicle technologies will change significantly, alterations to the primary fuel landscape will be more modest. LDVs primarily fueled by gasoline will fall as a percentage of the overall global fleet from 82% in 2014 to 75% in 2035. Fuel efficiency gains from diesel engines will increase diesel’s share of the fleet from 16% in 2014 to 19% in 2035. By 2035, more than 4% of vehicles will be fueled by natural gas and less than 1% by hydrogen. Vehicles fueled exclusively by electricity will represent 1% of global LDVs in use; however, PEVs (which also includes PHEVs) will represent almost 1.7%."