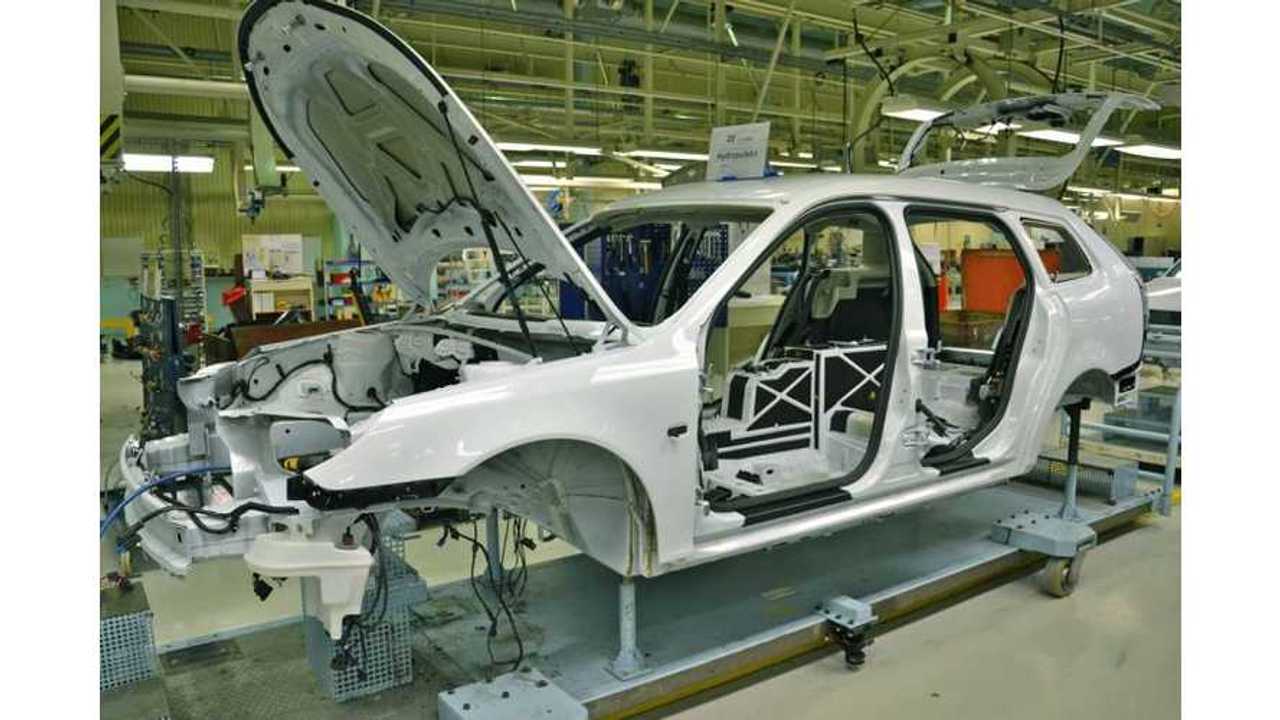 It was just about 4 weeks ago that we reported the news that NEVS (New Electric Vehicle Sweden - ironically co-owned by Qingbo Investment Co. out of China) had begun low volume production of the SAAB 9-3 BEV for delivery late this summer..

That initial order of 200 fully electric SAABs was headed for delivery to the city of Qingdao, China either by the end of Spring or this Summer.

SAAB under the hood

Well, not so much with those expectations it turns out, as the company had to halt production due to the pesky "whoops, we ran out of cash and haven't paid our bills" problem.

The company says it is in arrears of its long standing debt due to Qingbo (the investment agency of the city of Qingdao) not writing further checks to NEVs after it had burned through its the cash on hand.

"The reason is that NEVS' part-owner, Qingbo Investment Co., has not fulfilled its commitment to, when necessary, finance NEVS' activity.  NEVS is therefore making a temporary and controlled halt of production, which hitherto has been six cars per day, and is reducing agency staff."

NEVS spokesman Mikael Ostlund said that the company's Trollhattan plant in Sweden will be idled for four weeks starting on Thursday May 22nd.  The NEVS rep was quick to point out that this was not the end of NEVS or this contract to produce 200 electric 9-3s, but a hiccup in acquiring the funding for it.

"Qingbo hasn't terminated the deal, they say they will complete it. But we haven't received the financing they had agreed with our main owner," Ostlund said.

Automotive News reports that NEVS said it was negotiating with other OEMS to co-develop a new platform, as well as currently engaging in talks with another carmaker about buying a stake in NEVS.

"We are now seeking bridge solutions until sometime in June when we expect to have the result of the discussions with the intended partners," Mikael Ostlund said.

...so it still doesn't sound like the future is all that bright in the electric SAAB business.