Elon Musk Answers - "Do You Think Tesla Will Become The Largest Car Manufacturer In The World?" 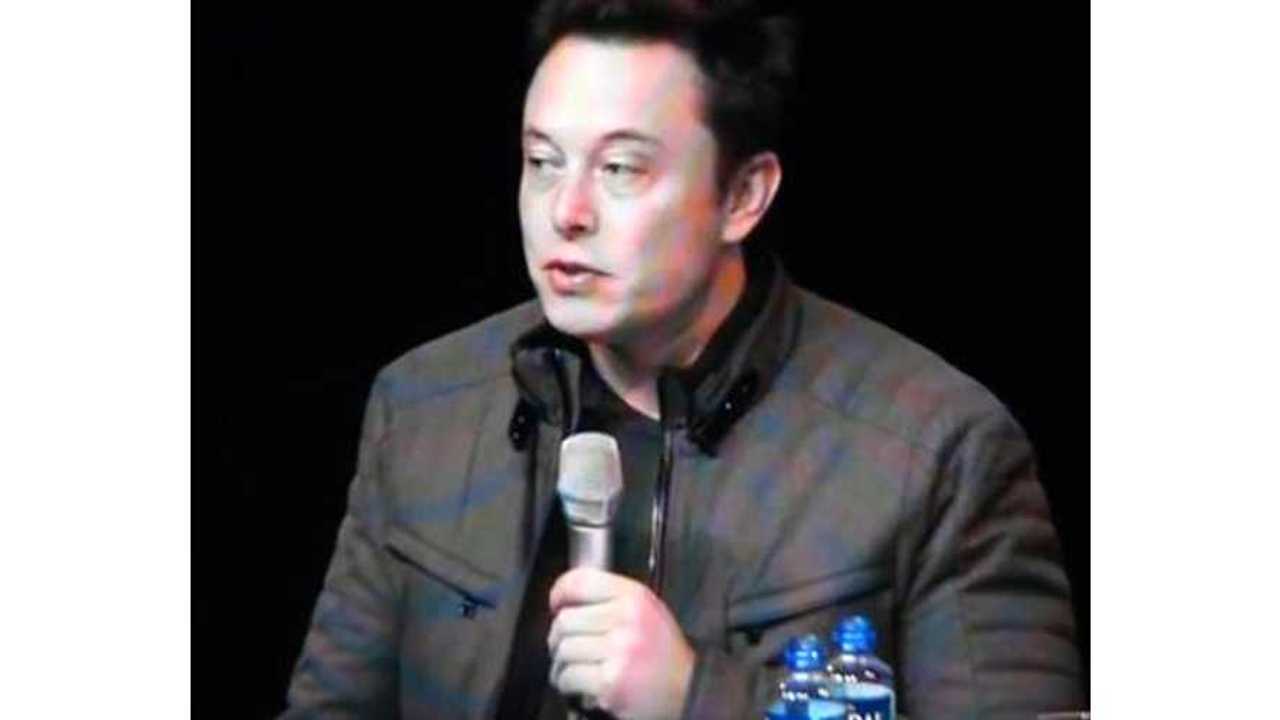 Elon Musk in Oslo, Norway on February 1, 2014 gets asked if he thinks Tesla Motors will become the largest automaker in the world.

His answer, after a chuckle or two, including again a laugh at the BMW i3, is that Tesla Motors' goal is to make the world's most compelling electric vehicles and that at some point in time, Tesla could make millions of electric vehicles per year.

Of course, that's years or perhaps even a decade away, but Tesla's goal is not to be satisfied with sales as they stand at the current level today, but rather to continue to push for more.

Or, as Musk says, Tesla Model S sales are currently what he calls puny.  The goal is to be BIGGER.  WAY BIGGER.  Like maybe millions per year.