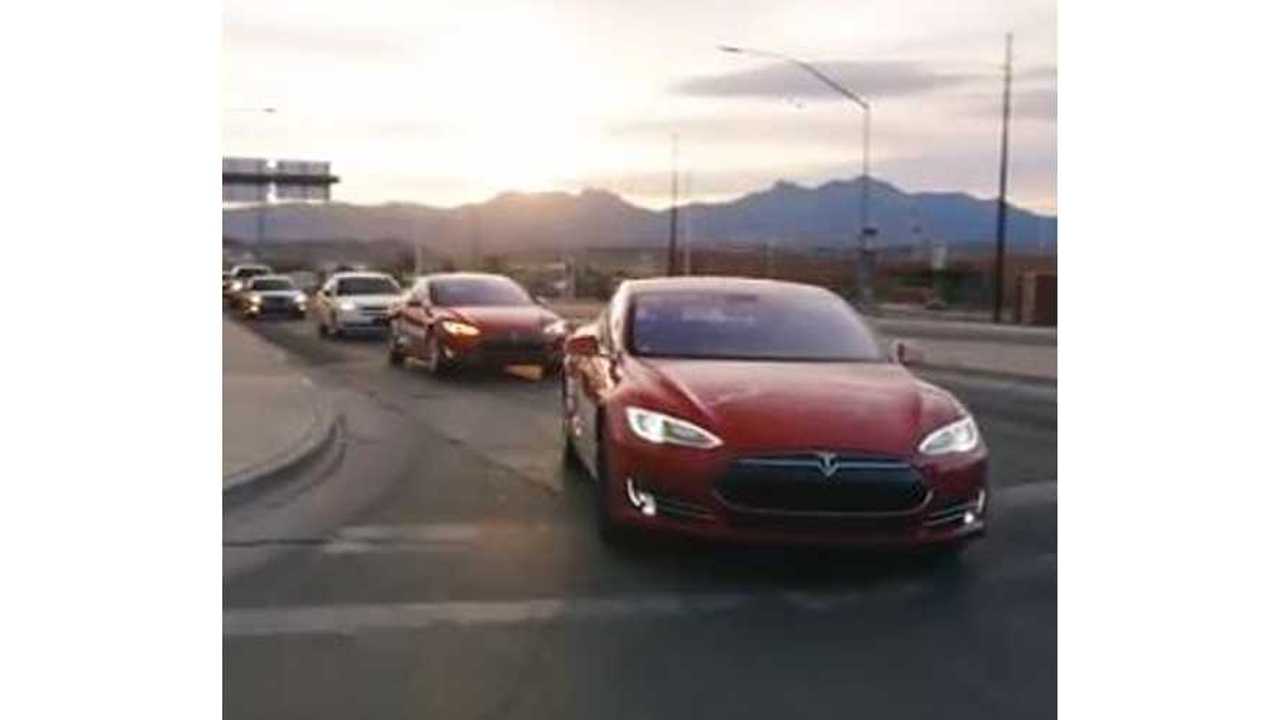 "At midnight on January 30, a team of 15 Tesla engineers and Supercharger staffers set off on the historic journey with two Model S's and a film crew in tow. The goal was to get from Los Angeles to New York in three days, stopping only to refuel the cars at Superchargers. This is where their story begins."

Says Tesla Motors in the video description above.

In the video above, Tesla Motors shows us a behind the scenes look at the recently completed Cross-Country-Rally From LA to NY, which was completed by using only Tesla Supercharger Stations with 2 Tesla Model S vehicles, in 76 hours & 5 mins.

Editor's Note:  As for what that white car is in the studio at the start of the video - its the James Bond Lotus submarine that CEO Elon Musk bought about 6 months ago for $900,000 (details here)

You'll see and hear many details in the video above, but below are even more details on the entire Tesla Model S cross-country rally: