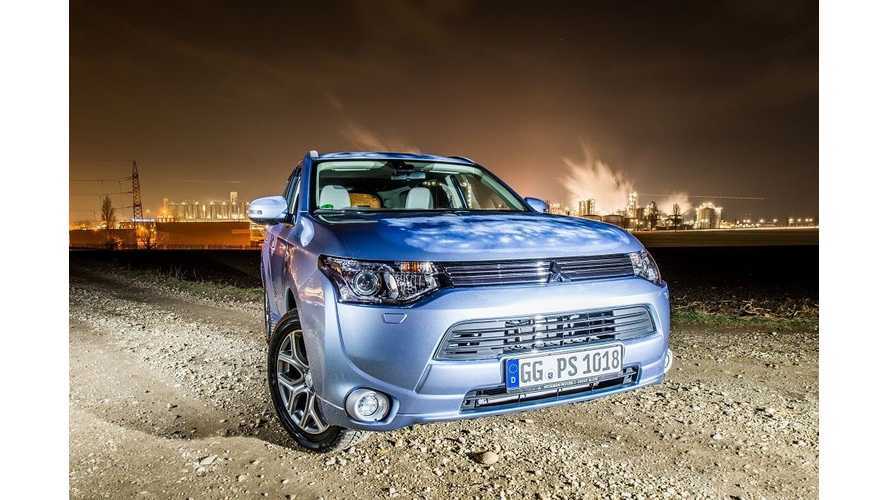 Sales of the Mitsubishi Outlander PHEV in Japan remain solid for the forth month in a row, reaching 1,630 units in February.

With 2,928 sales under the belt this year, the electrified Outlander is already above the 2,585 unit sold in the first two months of sales of 2013. Exceeding first year results shouldn't be too hard taking into consideration the period of suspended production after battery manufacturing problems in 2013.

We're seeing some growth of all-electric Mitsubishis too, like i-MiEV and its clones Minicab-MiEV and mini truck Minicab-MiEV Truck.  The arrival of the first 2014 model-year examples in February inflated sales to the best result since March 2013.

In February, 238 i-MiEVs were sold and 98 Minicab-MiEVs. Sales of the Truck version was only 16.  The pure electric Mitsubishis still have a long way to go to reach record levels of over 1,000 cars sold in some previous months in the past.