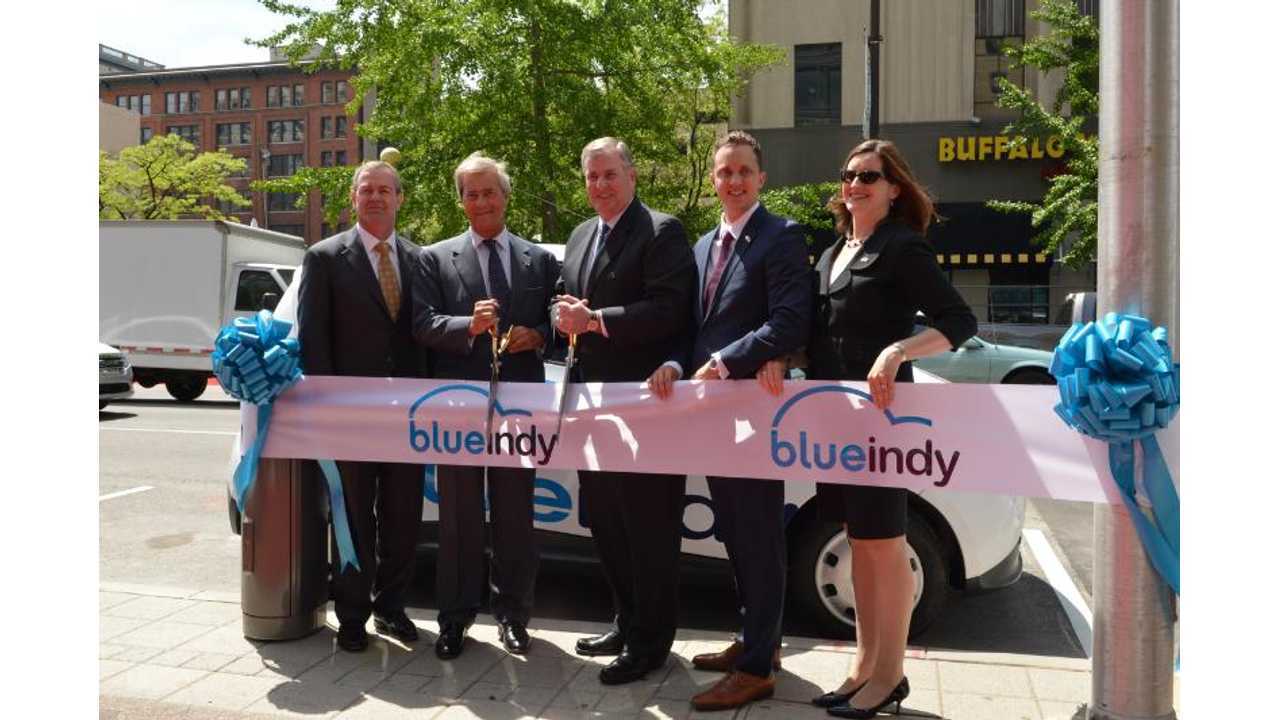 On May 19, Bollore Group launched in Indianapolis the new carsharing program called BlueIndy, which was announced nearly one year ago.

"The Mayor of Indianapolis chose to align this event with the opening of the famous Electric Drive Transportation Association (EDTA) conference. EDTA usually holds its yearly conference in Washington, DC, but this year chose Indianapolis, renowned city in the automotive industry, primarily because of the BlueIndy launch."

For now, there is a demonstration station at 14 E. Washington St., at which the general public can try out the service and brand new Bluecars - the same as in France with 30 kWh battery pack, 150 miles of range and capacity for four.

The Bollore Group plans to invest approximately $35 million in BlueIndy and build the largest carsharing scheme in the U.S. with 500 cars, 200 service locations and 1,000 charging spots. Commercial operations of BlueIndy should start within eight months, with maybe 125 cars by the end of the year.

"The Bollore Group will invest approximately $35 million in Indianapolis for a momentous project which will result in the largest electric car sharing service in the United States. For the first time, Bollore Group will export outside of France its end-to-end electric car sharing solution. The service is based on the successful Autolib' in Paris, Bluely in Lyon and Bluecub in Bordeaux, which complement public transportation offerings and improve French citizens' mobility."

"This is an unprecedented announcement. Electric vehicles and car sharing are the future. Bollore, one of the world's largest companies, will replicate its successful service outside of France and bring to the City the benefits of an innovative, economical and environmentally friendly mode of transportation. Indianapolis is breaking new grounds and hopes to lead the way for other U.S. cities."

"The Bollore Group is proud to bring its unique technology know-how and operations excellence in electric vehicle sharing to Indianapolis, a city so strongly associated with automotive racing. We are glad to support Mayor Ballard's energy-transition vision. From now on, residents and visitors of Indianapolis will be able to drive around without owning a car and without emitting greenhouse gases or particulate matter."

According to an ibj.com article, annual subscriptions could cost ~ $100, and rentals will cost approx. $5 for 30 minutes. Like in Europe, there will be option to buy a subscription for one day, one month or one year - the longer the term the lower cost of rentals will be. Regular users will likely spend $1,000 a year for BlueIndy and, at 15,000 to 20,000, users BlueIndy will reach break even.