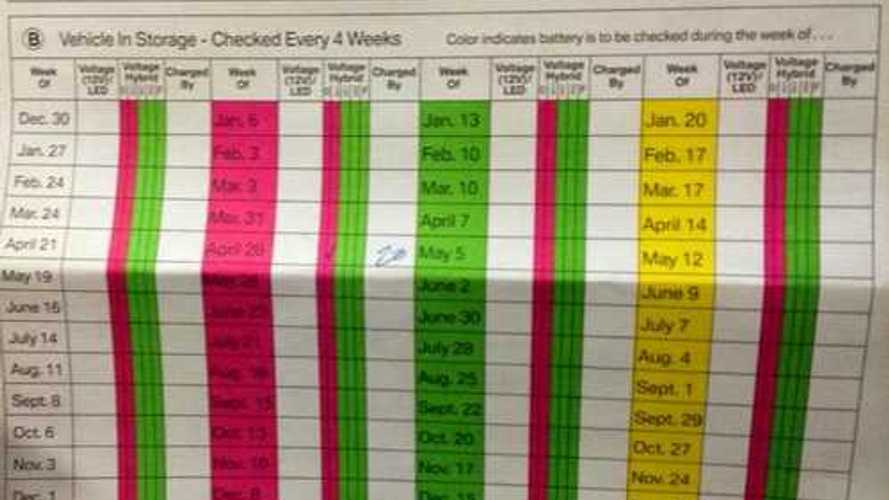 For a little over a month now, cargo ships from Bremerhaven, Germany have been arriving weekly at the port in New Jersey to unload anywhere from dozens to hundreds of shiny new BMW i3s. My i3 arrived last week on the Fedora, which left Germany back on April 30th. Back when I learned it was booked on the Fedora and would arrive here on May 15th, I assumed that by the 20th or 21st of May, I'd be at the dealer signing the paperwork and driving my i3 home. I was wrong.

I now have no idea when I'll be getting my car, and neither do the hundreds of other people that ordered a BMW i3 with the range extender and whose car is currently here in the US sitting at a port somewhere.

Officially the holdup is a "Monroney Hold" - the fact that the EPA certification has not been completed, so BMW doesn't have a Monroney label (window sticker) to post in the window before the car leaves the port, which is required by law. The range extender option changes (shortens) the car's electric range, and also requires an official MPG rating, so BMW couldn't use the same Monroney label as they did for the all electric i3.

The i3 REx would need to be fully tested and certified as a completely different car. To make matters worse, the majority of i3's sold in the US have the range extender option. For example, my client adviser Manny Antunes of JMK BMW has sold thirteen i3s so far and only two of them are the BEV version. Eleven of the thirteen have the range extender and his clients are beginning to call him frequently now, wondering when they can expect delivery. He has no information to offer other than he'll contact them as soon as he hears something from BMW - or a truck somehow magically pulls up to the dealer with a load of i3s with range extenders!

BMW is indeed delivering i3's to customers now, but all of them sold so far have been the fully electric BEV i3. The i3 RExs keep arriving in the US alongside their BEV brothers, but they cannot be released or trucked to the dealerships until they have the EPA Monroney label. BMW isn't communicating the exact reason for the lack of EPA certification, but it appears to be a combination of BMW providing the EPA with the required information a little late, and the fact that the i3 REx operates differently than most vehicles that the EPA has certified.  I don't see why that would be a problem because to me it seems like the Chevy Volt would have been even harder to certify because it is both a series and a parallel hybrid depending on the driving conditions.  In any event, BMW claims to have furnished the EPA with everything needed for certification and are cooperating with the EPA in an effort to get this issue resolved as quickly as possible.

This is clearly an example of a "first world problem", but those that have been waiting patiently for their car are growing anxious as the days pass and their car is simply sitting at the port and waiting for the label.

Some have even wondered what the state of charge of the cars are, and if by sitting so long (some have been sitting at the port for over a month now!) at the port have "vampire loads" reduced the charge level to dangerously low levels? Personally, I don't believe this is an issue and I'm sure BMW is monitoring them. BMW ships the cars with only about 25% state of charge and charges them up at the port.

All of the cars used for BMW i3 test drives had a battery log sheet in the glove box, which shows BMW is certainly monitoring the SOC of all the cars from manufacture to delivery. Plus, if the i3 is anything like the BMW ActiveE, then the car will hold the SOC very well when not in use. My ActiveE would only lose about one percent per week when sitting unused. I doubt sitting for a month or so will have any noticeable reduction in charge and, unless the cars arrived with less than 10% SOC and weren't monitored and charged, I doubt there is anything to worry about.

Let's hope this "Monroney Hold" gets resolved soon and BMW can begin deliveries of the i3 REx cars that are already here and waiting - and mine in particular!