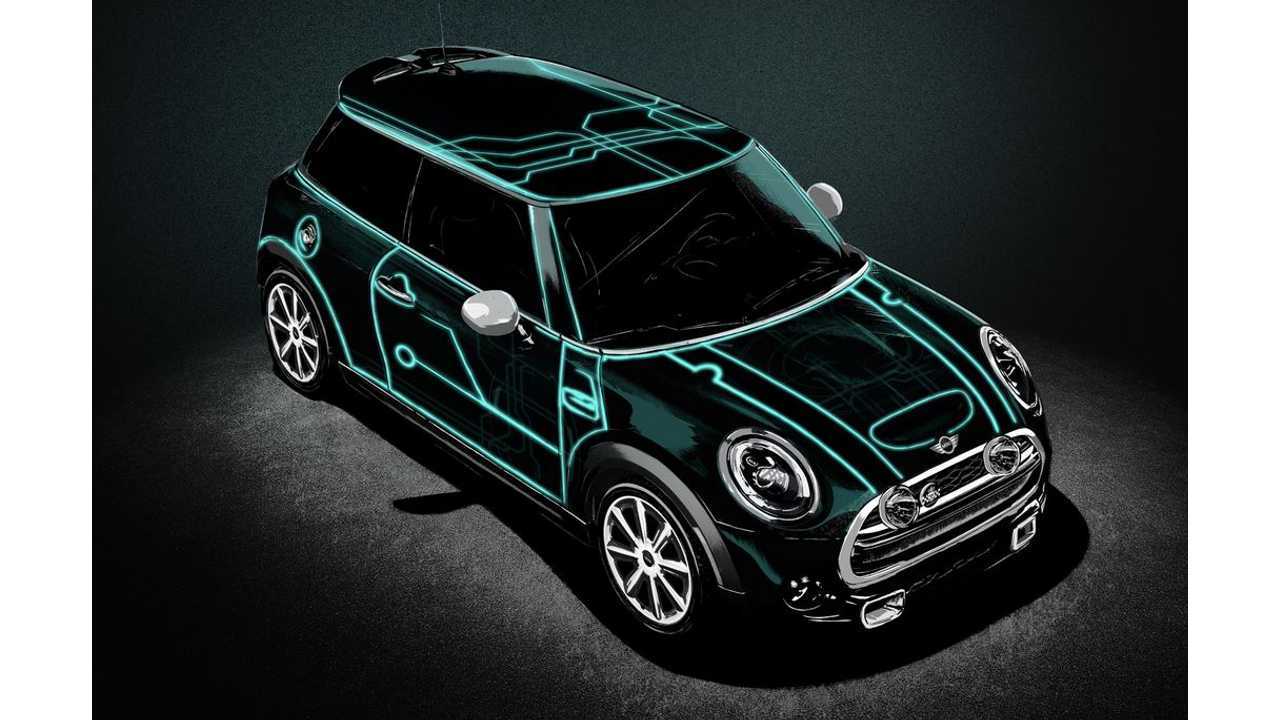 It's a shame that this custom-designed Mini Cooper hatchback gets stuck with Mini's gas engine.

Unfortunately, it's not a plug-in vehicle, but it will be produced in limited numbers.  Mini says this Mini DeLux will get its worldwide debut at the 2014 New York Auto Show.

Following its debut, Mini will open the order books for 56 examples of this Tron-like Cooper.  We suspect they'll sell out in seconds and that those who were in the Mini E field trial will wish this paint treatment was applied to their electric Mini.

Perhaps in the future Mini will revisit this paint scheme when it launches its first-ever plug-in hybrid.

As for the design competition that led to this Tron-inspired Mini being created, here's what Autocar says:

"The Mini 'DeLux' has been created by Alex Coyle as part of a competition to design a bespoke Mini. The winning car features a blacklight-influenced skin with Tron-style graphics. Coyle says her submission was inspired by light, and would help the new Mini to stand out in the dark."

"...Following more than 800 submissions, ten winners were able to collaborate with designers to produce their final designs. Fans then voted for the design they'd like to see become a production reality."