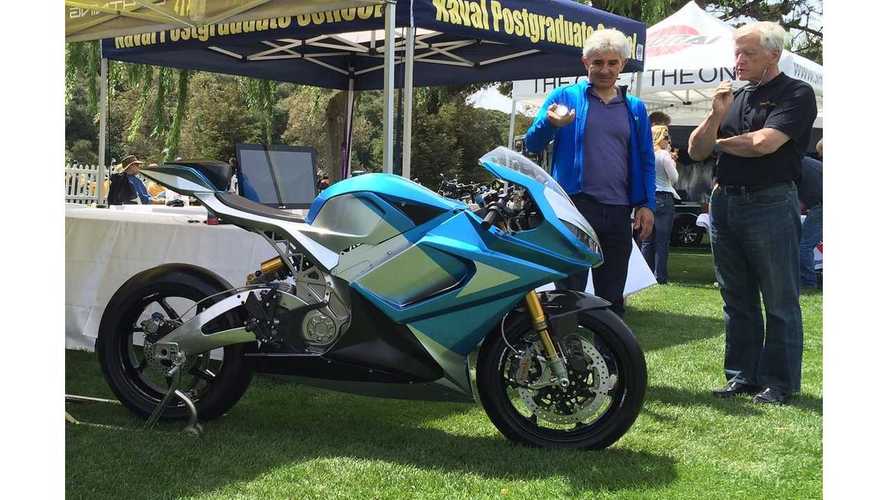 As promised, Lightning Motorcycles just unveiled the LS-218 electric superbike, of which a teaser image we saw last week.

"It was a beautiful day at The Quail Motorcycle Gathering. Thanks to those of you who made it and stopped by our booth!"

According to the Asphalt & Rubber, there was a large crowd of onlookers.

But... there is always a but, right? This is just the preview of a production version and Bryan Delohery from Asphalt & Rubber was told that no tests can be conducted on the bike at this time.

First tests are expected in Summer 2014.