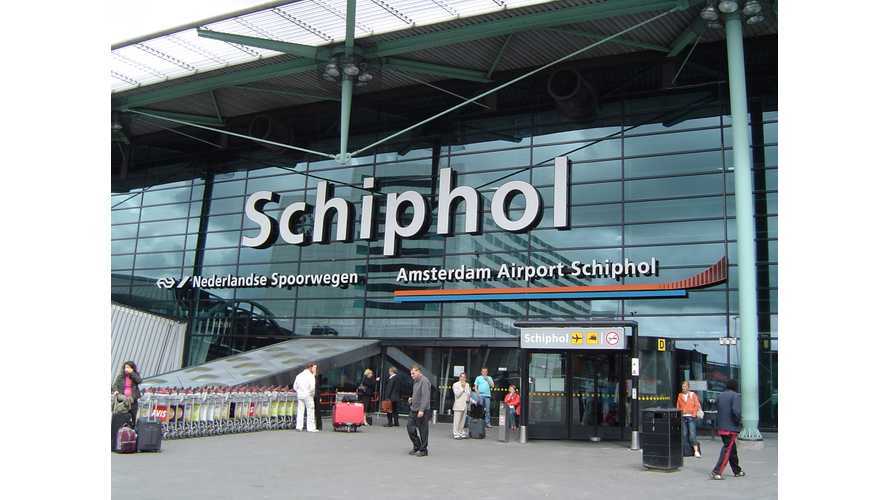 Schiphol Group has announced that it will award Tesla Model S EVs to winners of a competition for Schiphol Airport taxis it presented awhile ago.

Those winners will receive Tesla Model S EVs starting on June 1.  The taxis will be in service for a minimum of 4 years, with the possibility of extending contracts out to 8 years.

Schiphol will use the taxis to display its support for sustainable mobility at the airport.