Over 100 EVs Participated In E-Rally In Netherlands And Belgium 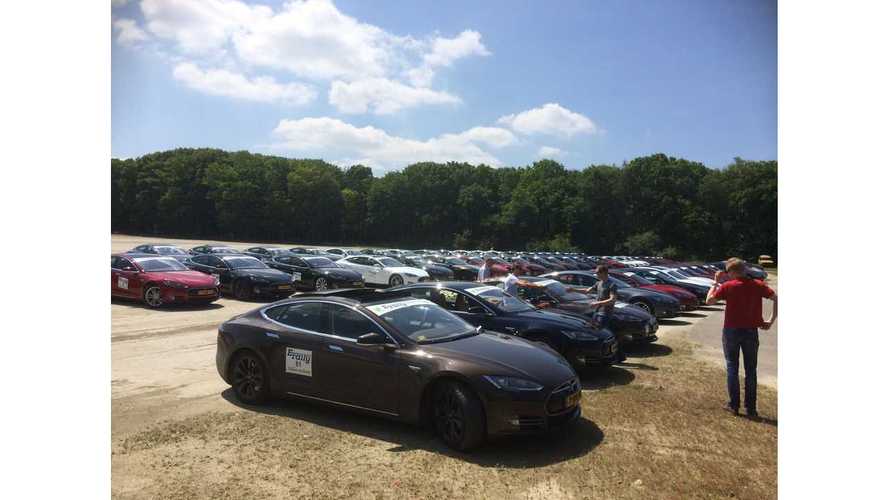 In our mailbox just came photos from E-Rally - an interesting event in Europe, which attracted over 100 EVs on May 17th.

According to the organizers, E-Rally was the very first full electric rally in the Netherlands. The goal was to raise some money for JustDiggit.org "a Charity that fights climate change in an original and practical way".

But let's get back to EVs. Most of them were Telsa Model S - 97! There were 6 Tesla Roadster, 2 Renault ZOEs and one Hytruck c12e, an electric truck.

The route of E-Rally was 200 kilometer through the Netherlands and Belgium.

After lunch, the route went through Safaripark de Beekse Bergen to hunt some giraffe - electric of course (see photo).

Next year, the event is planed for May 30.