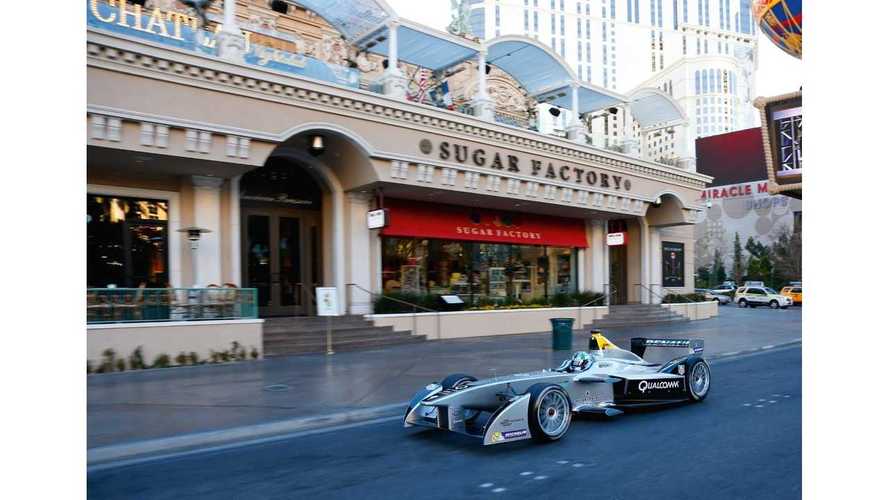 Six new investors are joining current shareholders, from which three already were announced.

The Inaugural race is scheduled for September 13 in Beijing, China. 20 drivers from 10 teams will be racing each other on the temporary city-center race tracks using Formula E Racers with top speeds exceeding 150 mph (225kph).

“We are very excited to deepen our relationship with Formula E. We look forward to demonstrating our technology throughout the race series, including our Qualcomm Halo wireless charging on the Qualcomm Safety Car, and wireless data connectivity and other technologies on the race cars themselves. Formula E is the perfect way to demonstrate the leading edge of technology of this next generation of environmentally responsible transportation.”

“As a private equity fund, this investment makes sense in a diversified portfolio of best-class and unique opportunities for our clients. It is a project that shares many of the same values of our company, going that one step further by investing in the environment and sustainability with large doses of innovation. All of this is done without forgetting about the main keys to our investment offers: exclusive and profitable products for our clients.”

"I would like to welcome the new investors that have joined us in this exciting venture. I want to thank them for their belief in this project, which will see the first ever low carbon cars racing in cities all around the world. Our new investors also show their commitment to sustainability, and add great experience and solidity to the FIA Formula E Championship. What started out as an idea, is now becoming a reality. With the first cars delivered to the teams in just over a week, and works beginning around the Olympic Park in Beijing, Formula E is moving closer to its goal to show fans around the world the true potential of electric cars.”