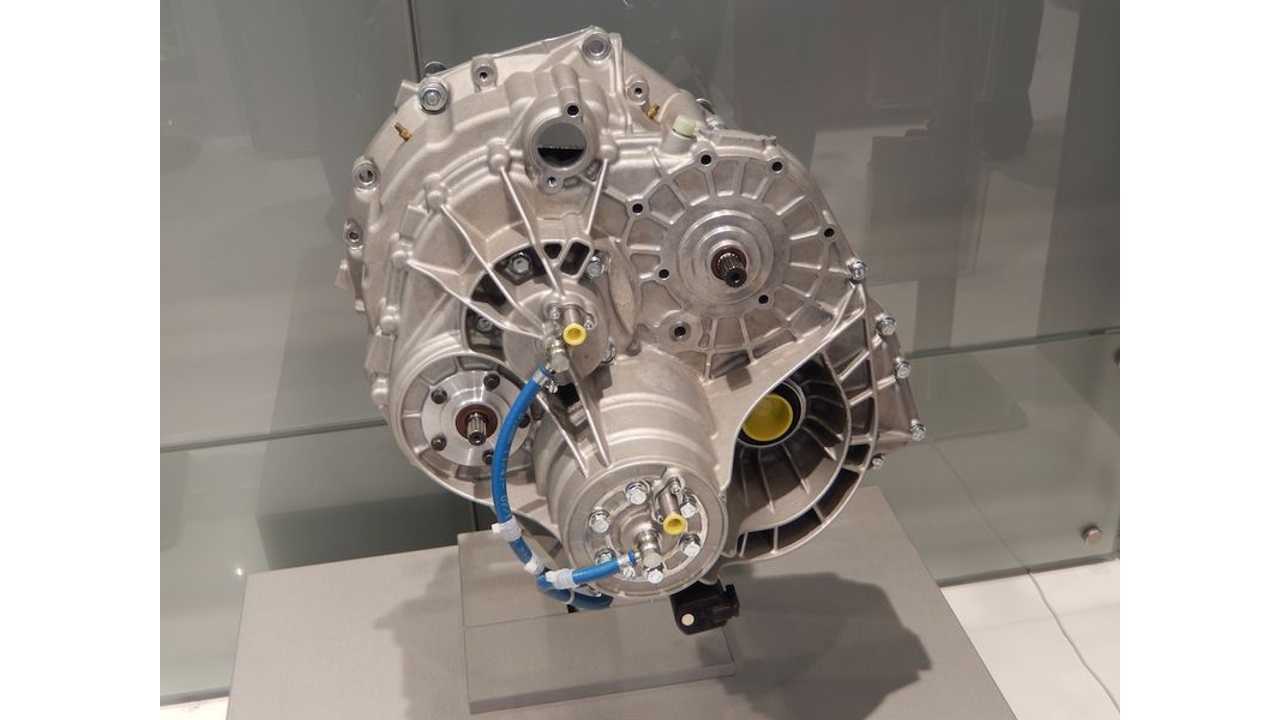 FEV North America announced recently that at the SAE World Congress held now (April 8-10, 2014) it will be exhibiting its latest transmission for plug-in hybrids.  The new unit will have a 2-speed pure electric driving mode and parallel mode for efficient highway driving.

"Engine downsizing for increased fuel efficiency and reduced emissions, either alone or as part of an extended range hybrid system, has led to challenges for transmission developers who are being asked to provide higher levels of capability in a smaller package that can be used in a downsized engine compartment.  At the same time, it is desirable to reduce mechanical complexity and increase robustness.  FEV has used a clean sheet approach to develop a transmission with such capability."

"The plug-in hybrid transmission’s capabilities include 2-speed pure electric driving mode, use as an ICE range extender in parallel mode for efficient highway driving, and a highly flexible eCVT mode (power split) that features excellent launch performance without clutch slippage.  The transmission does not use a torque converter and includes only one electric machine."

The open question is do you think an automaker is now preparing a 2-speed EV-mode plug-in hybrid for a future model or is this trans just a concept?
++
Got a tip for us? Email: tips@insideevs.com