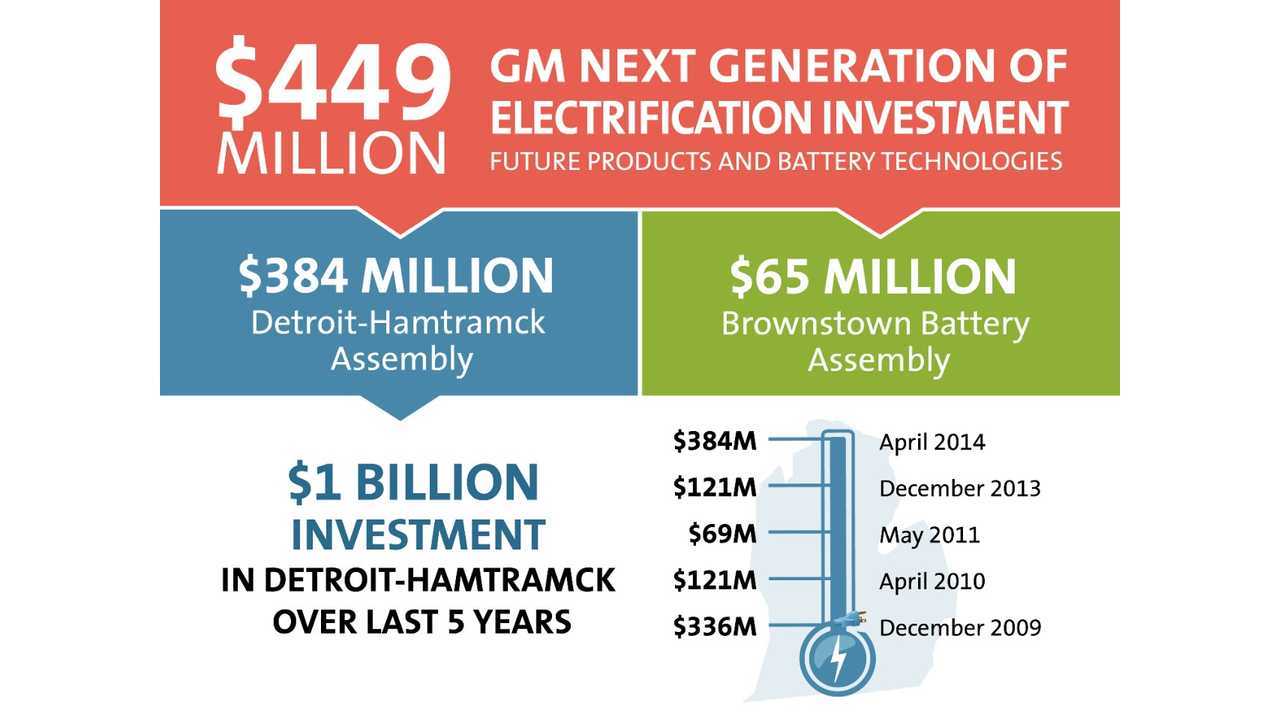 With the next generation of the Chevrolet Volt expected in less than a year and a half, GM announced today at the Automotive Press Association that it will invest a further $449 million into both its Hamtramck, MI assembly facility and its Brownstown Battery Assembly plant.

Besides confirming the next generation Volt's continued production in Hamtramck as part of $384 million designated to the facility, GM also confirmed that two "future products" will also be built there.

Unfortunately, other than noting they will advance their electrified lineup in some way, the company didn't expand on the products specifically.

“General Motors is committed to building award-winning products and developing technologies in America, which helps to grow our economy from a resurgent auto industry,” said Gerald Johnson, GM North America Manufacturing vice president. “These investments will help the next-generation Chevrolet Volt build on its position as the leader in electrified propulsion.”

The $384 million investment in Hamtramck will go towards new body shop tooling, equipment, and additional plant upgrades to build the next gen Volt and these other two vehicles.

As for their Brownstown Battery plant, a further $65 million will be invested to "support the next generation of lithium-ion battery production and future battery systems."

Production of the redesigned Volt expected to commence in Fall 2015, meaning that the next-gen Volt will debut as a Model Year 2016 vehicle.  General Motors, and its former CEO, have strongly hinted in the past that Volt 2.0 is expected to be priced around $30,000-$32,500 with 50-60 miles of extended electric range. 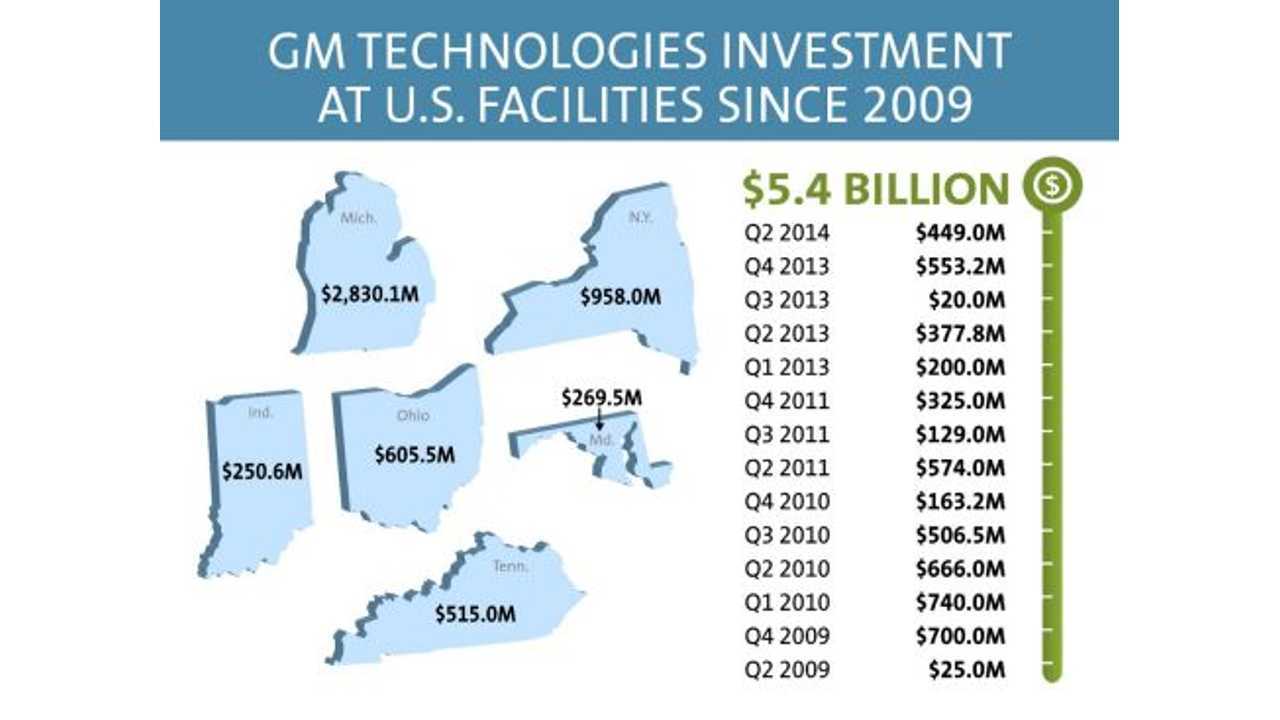 Recent GM Tech Investments In The US

“Michigan is poised for even greater global leadership in automotive innovation.  This significant investment by GM will harness the power of our state’s unparalleled assets, such as its talent, world-class universities, and research and development capabilities.

“While challenges remain throughout the auto industry, this announcement shows that it is looking to the future, and the resulting technological advancements will strengthen our economy and benefit our environment. This is great news for Detroit, the region and all of Michigan.” 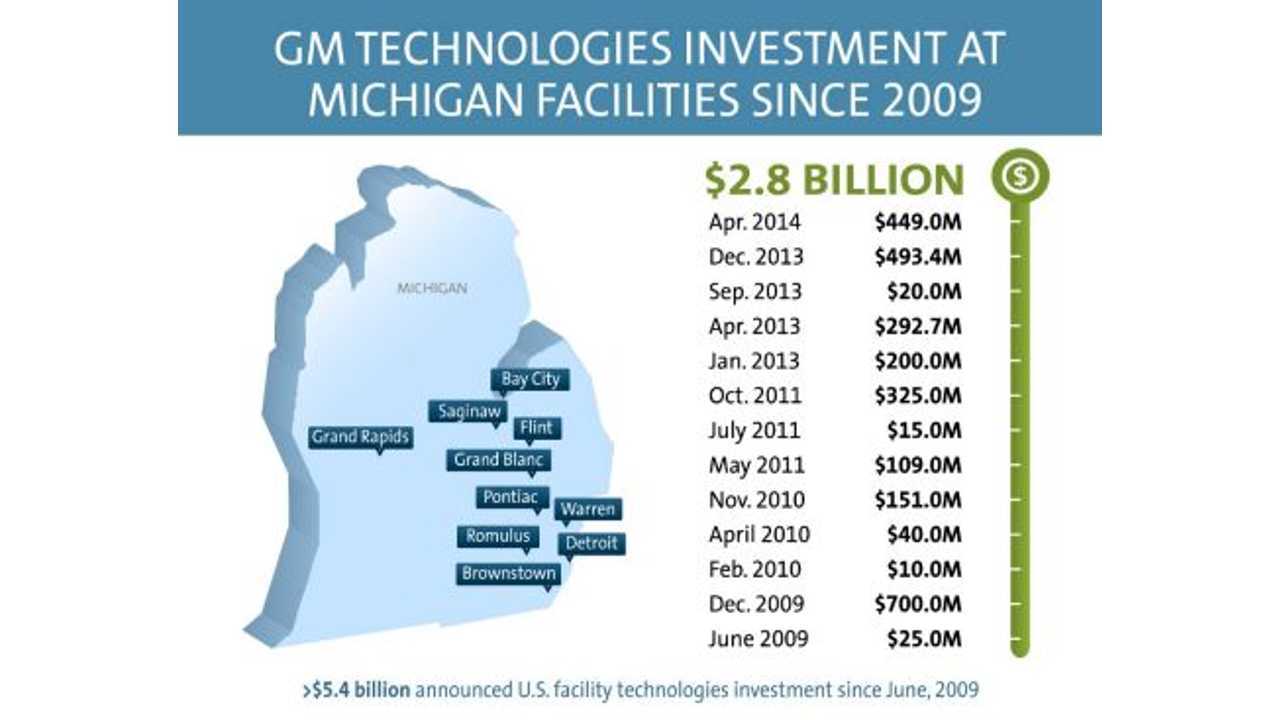 “This is a significant investment by General Motors and it helps to further position Detroit as a leader in the innovative technologies of tomorrow.  We anticipate that the upgrading of the Detroit-Hamtramck Assembly Plant and the production of GM’s next-generation electric vehicles will create well-paying jobs for Detroiters. As we continue to bring real change to our city, we need partners like GM who are committed to investing in our future.”