Tesla Motors has charged up its 100th Supercharger station.

The tally, as it stands at this moment, is 86 Supercharger stations in the US and 14 Superchargers in Europe.

This 100th Supercharger is a milestone worthy of celebration, especially when one considers that Tesla Motors is the youngest US automaker.  Where's Supercharger #100 located?  Here's where: 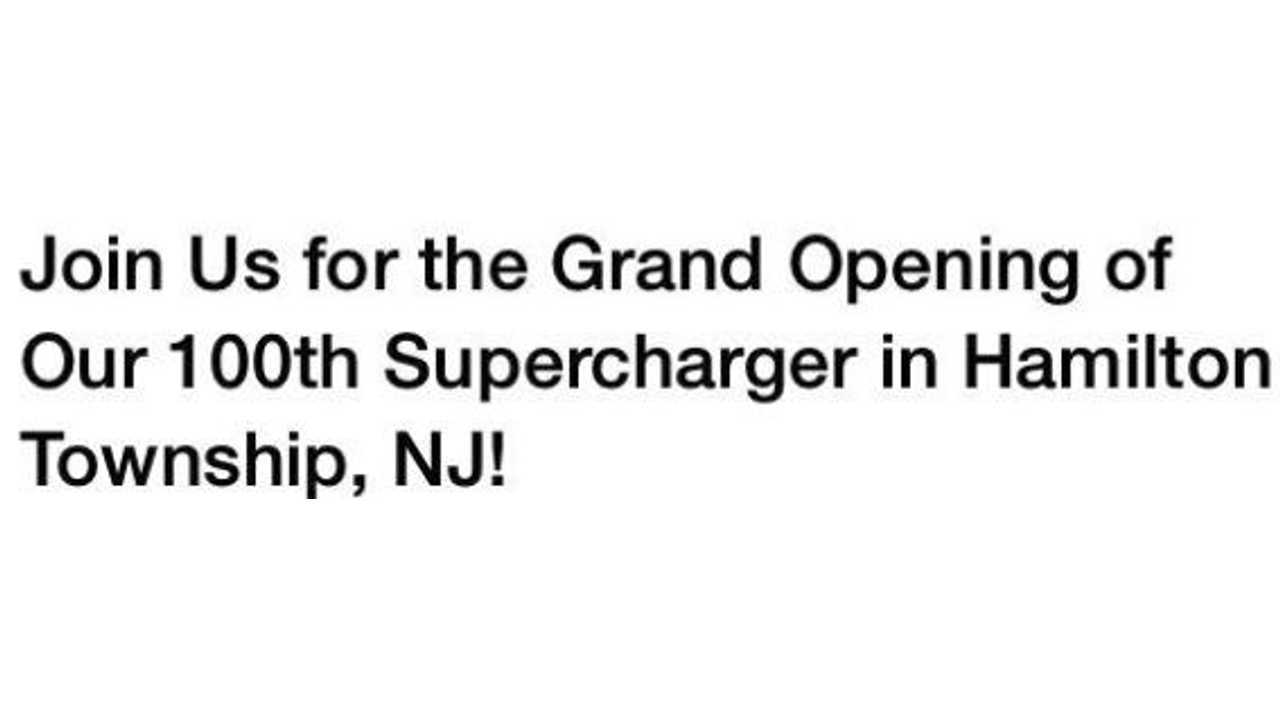 No other automaker, aside from Nissan, has shown this level of commitment to expanding the charging infrastructure.

The Supercharger build out will continue over the next couple of years.  We're relatively certain that at some point in the not-so-distant future we'll be reporting on Tesla's 1,000th Supercharger install.

More importantly for Tesla owners is that use of these range-extending Supercharge stations is free for life, so paying for "fuel" while on the road won't be a concern for Tesla drivers.

*Note: Tesla will hold an official ribbon-cutting ceremony for Supercharger #100 on Thursday April 24.  However, Tesla says that the Supercharger in Hamilton, New Jersey is operational as of today.