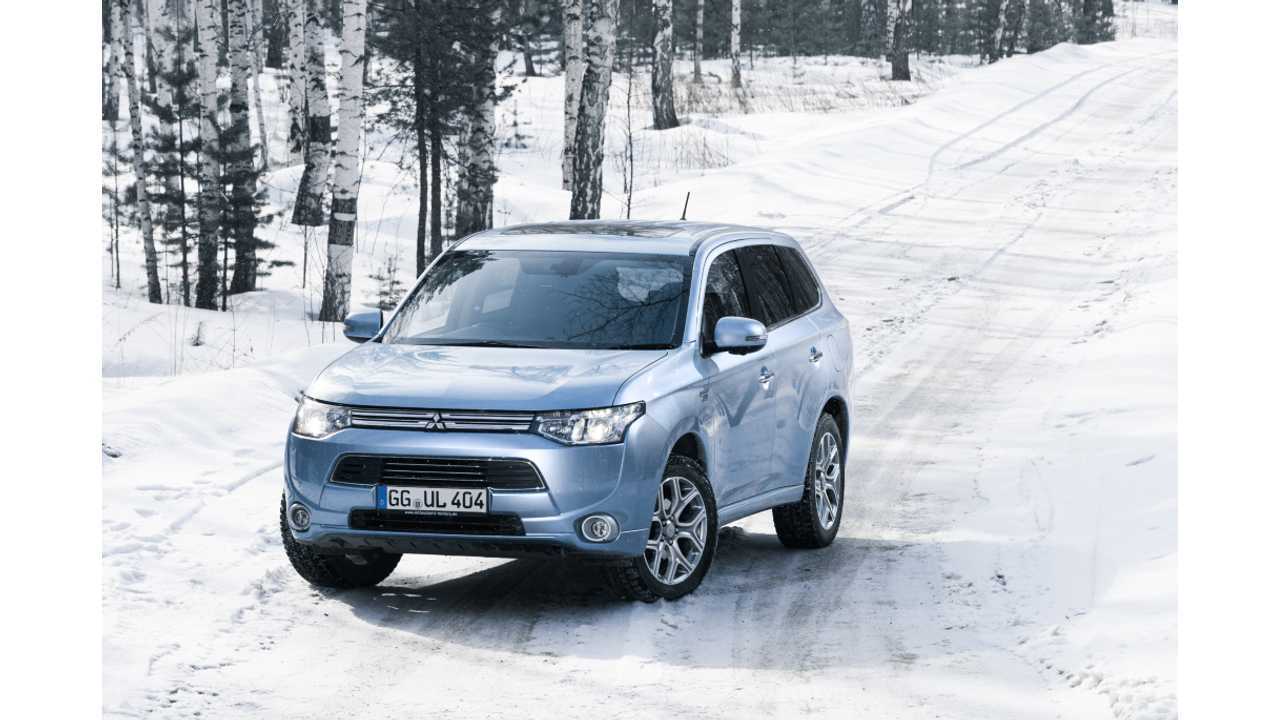 Mitsubishi Outlander PHEV has been on the market for almost 1.5 years, but as it turns out, the Japanese automaker is still conducting tests on it in various environments.

"Cumulating more than 30,000 km over 8 weeks of evaluation in Moscow, Yekaterinburg and Tolyatti,the three test cars experienced a combination of very low temperature (below -30° C) with snow covered road surfaces, unknown in other cold climate regions where Outlander PHEV is already retailed."

"All in all, the car performed very well and with no concern for the charging system. Furthermore, taking this plug-in hybrid electric vehicle beyond the usual (i.e.urban) habitat of conventional electric cars, the engineering team underwent a series of tests on different road surfaces, from broken pavement to flooded areas. The robust construction of the car as well as its Twin Motor 4-wheel drive and “Super-All Wheel Control” (“S-AWC”) systems withstood all tests, demonstrating Outlander PHEV’s readiness for operation in Russia."

“Unlike city cars, engineered exclusively for the city, Outlander PHEV is an electric car that meets the expectations of one of the most stable and fastest growing groups of our customer base opting for SUV. I am sure that this ‘breakthrough’ vehicle will take its place in our line-up and will be as popular in Russia as it is amongst European customers.”

We don't have any video from this particular set of tests, but found for consolation Mitsubishi Outlander PHEV in the snow in Finland: