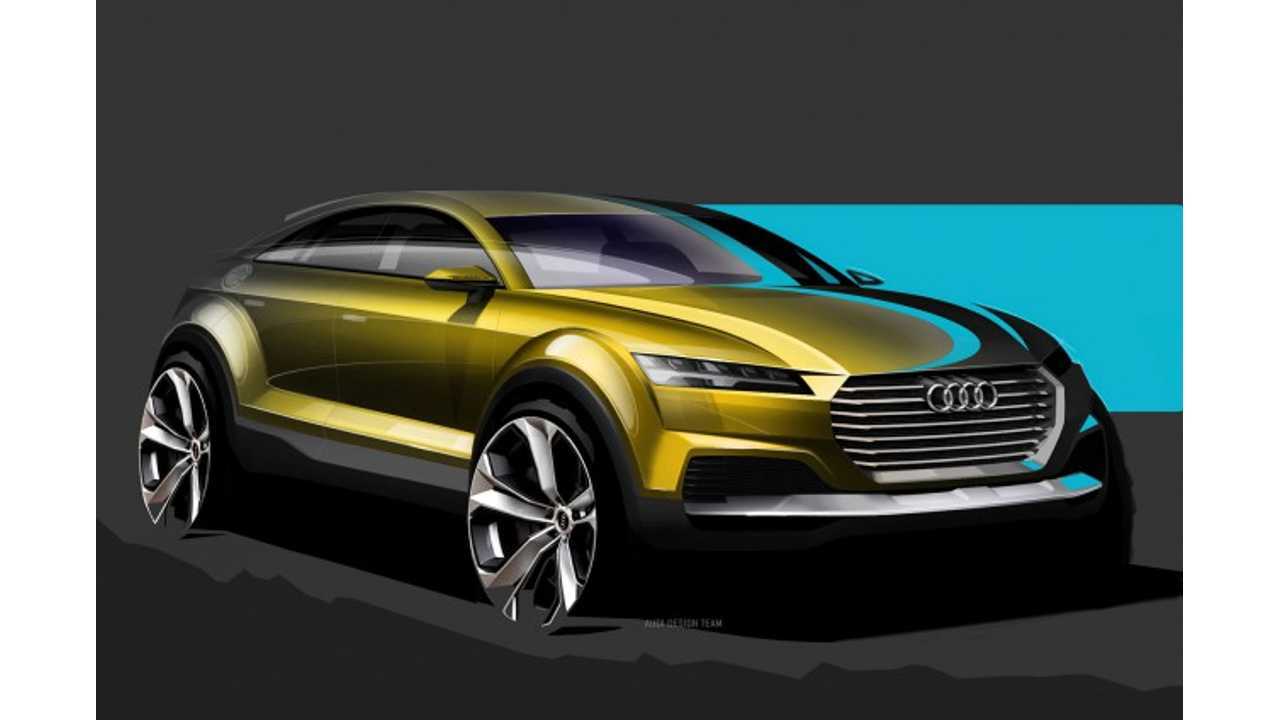 Audi just released few sketches of its Q4 Concept that set for an official debuted at the Beijing Motor Show later this month.

Though strictly a concept, it's believed that the vehicle seen here previews an all-new Audi Q4 SUV.

As for what's underneath the bonnet, Audi says there's a 2.0-liter turbocharged four-cylinder engine paired with two electric motors (one within the transmission and the other back at the rear axle).

Audi has not yet revealed the Q4 electric-only range figures, but we hear that total output is 402 hp and 480 pound-feet of torque.

Unlike any plug-in Audi we've seen in the past, the Q4 Concept boasts both a traditional inlet for charging and an inductive charging system.

Look for us to present live shots to you of the Q4 and other plug ins from Beijing when the show opens on April 23.