CEO of E-Lanka Automotive: Sri Lanka Will Have 100,000 Electric Vehicles On Its Road In Just 2 Years 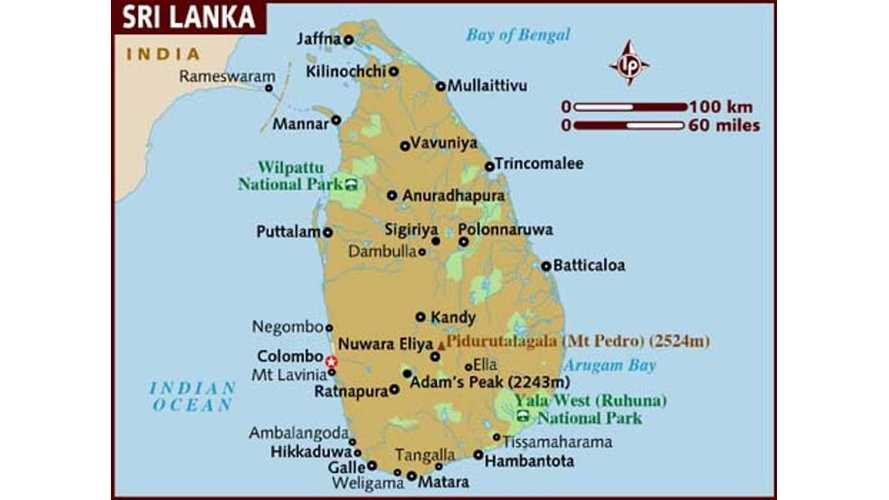 There will be 100,000 electric vehicles on the roads of Sri Lanka within two year's time.

That's an ambitious target considering that Sri Lanka is presently home to only 60 electric vehicles.

But the CEO says that momentum is picking up, mostly due to the government pushing for less pollution:

“The government is also taking many steps on city beautification and controlling emission from vehicles that pollutes the environs. Reducing that environmental threat is also a vital area in the beautification of the city. Not only the emissions from combustion engines but also the noise pollution and heat generated from combustion engines contribute to the pollution."

So, the attempt is being made to green Sri Lanka, but why are electric vehicles so lacking?  As Lihinikaduwa states:

“However, in Sri Lanka, we have not moved in that direction for the simple reason that we still do not have the proper infrastructure. What we are attempting to do is, as a company that’s mainly concentrating on electric vehicles, to introduce those concepts so that people will be able to use them."

“We have already signed up with a reputed company to replace their entire fleet of 25 vehicles into electric vehicles. The amount of money they save as well as the country is vast. Also, the management has created packages for their staff prompting them too to go electric. They are also providing facilities to buy electric bicycles."

"It in fact is their CEO’s vision and they proceed with that green concept."

“Our efforts are to get people out of petrol sheds, which is very difficult, but half of it is won once we put up the charging points."

Again, it's all reliant on the infrastructure being put in place.  We seem to hear this quite often these days, though those of us in the know realize that public charging isn't as vital as it's often claimed to be.

Turning our attention back to this unknown E-Lanka Automotive.  E-Lanka doesn't manufacture automobiles, but rather it works to import pure electric vehicles into Sri Lanka.  E-Lanka says it's working with Nissan, Tesla, BMW and others to promote electric vehicle in Sri Lanka

“At present, as an e-car promoter, we have no competition as such in the context of engineering and after sales as we are well ahead. We are all electric, we concentrate on electric and we supply the best vehicles available in the world."

E-Lanka says it currently sells 6 electric vehicle per month, but adds that 100 are arriving soon and that all are spoken for.