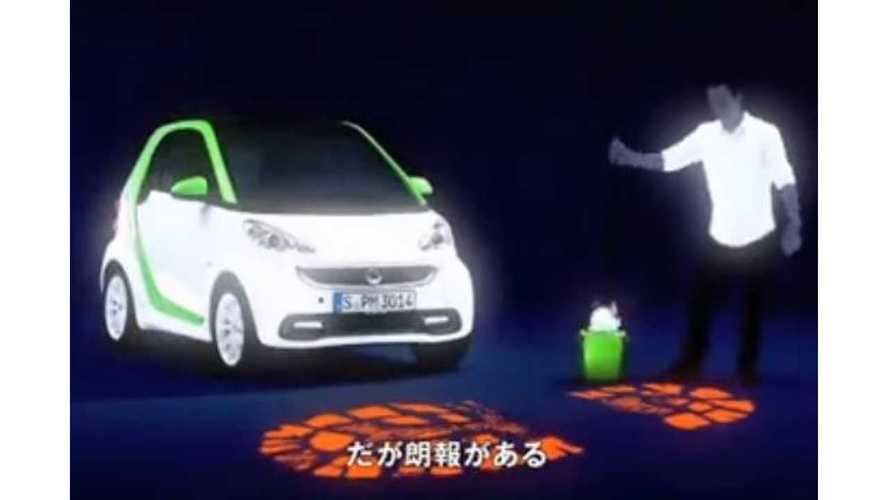 The current generation Smart Fortwo Electric Drive has supposedly been on sale in Japan since mid-2013.  We say supposedly because we haven't heard a peep in regards to sales figures of the Fortwo ED in Japan.

In an effort to drum up sales and interest in the Fortwo ED, Smart has launched a series of Fortwo Electric Drive commercials targeted directly at consumer in Japan.

We don't expect the Fortwo ED to ever sell in volume in Japan, but it's rather interesting to see Smart focus so intensely on a market that's largely dominated by homegrown automakers.

If Smart can grab even the slightest bit of Japan's EV market, then we'd consider that a success.

Check out the series of Japan-specific Smart Fortwo ED videos (yes, we're aware that a few videos from the series are missing.  However, after scouring Mercedes-Benz Japan YouTube site for quite some time, we were still unable to locate the missing entries).