Report: Opel To Launch Fully Electric Vehicle In Next 2.5 Years 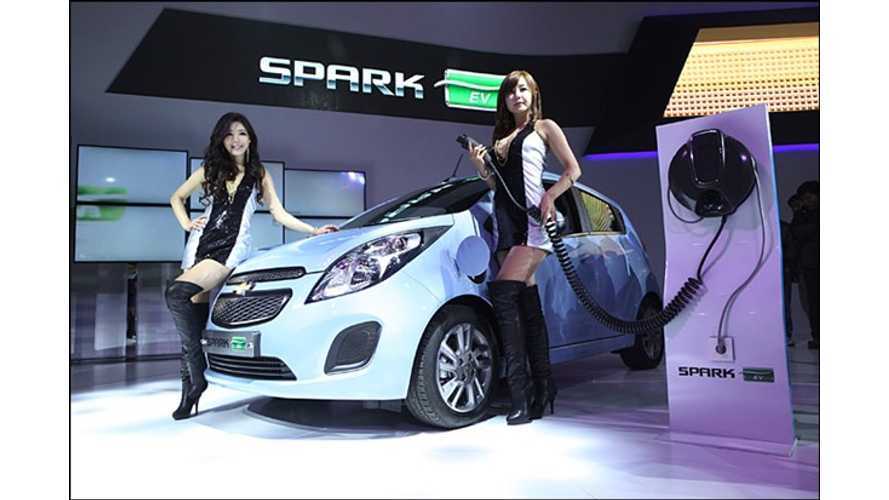 Much like in the United States with CARB, the EU has their own emission targets that all large auto makers must achieve.

With Ad Spots Like This How Did The Ampera Not Sell Better?

According to a report by Automobilwoche on Sunday, General Motors plans to achieve those emission and fuel economy goals in part by introducing an inexpensive, fully electric compact car via their Opel brand no later than 2017.

The petrol version of this electric compact car would fit in as part of Opel's new 'city car' offensive (below the Adam) - which is designed to be priced around 10,000 euros ($13,700 USD) and do battle with Volkswagen's new Up subcompact.

Opel has yet to comment on those new developments, but we feel quite confident it is accurate.

Unfortunately for those looking for a new BEV offering from GM, it seems reasonable that the Chevrolet Spark EV - which was originally destined to fill the roll of 'emissions savior' for GM in Europe this year; and of which, has since been cancelled, is likely going to be replaced with a new BEV.

Just looking at the stated timing of a new battery electric vehicle for Europe, the Chevrolet brand itself is scheduled to exit Europe by the end of next year, and the next generation Spark is expected to debut as the Opel Spark in early 2016, but a plug will not be part of the package.  So a new Opel EV of some kind has to be in the works - likely based on a US version.