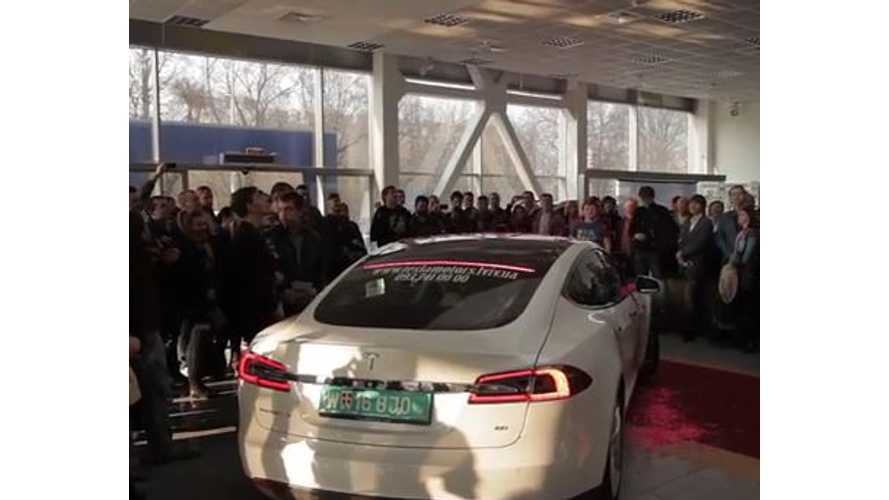 For proof, one need look no further than this video in which a Tesla Model S was on display in Ukraine.  The crowd turn out is way higher than we would've expected.

While the Tesla Model S is currently available in most Western European countries, most of the Eastern portions of Europe are still without the Model S.

There have been some sales of the Model S in Eastern European countries, though without stores or service centers it could be a bit problematic to take delivery and to get a Model S in for service.

Regardless of that, Tesla is expanding its reach across Europe by conducting several ride and drive events like this one in Ukraine.

As you'll see in the video, the EV grin is a worldwide craze that follows the Model S no matter where it goes.